Published December 14th, 2021 - 08:56 GMT
In this file photo taken on November 24, 2020, US President Donald Trump arrives to deliver remarks on the stock market during an unscheduled appearance in the Brady Briefing Room of the White House in Washington, DC. (Photo by MANDEL NGAN / AFP)
Highlights
Former US president doubles down on criticism of 'Bibi'

US ex-President Donald Trump revealed in an interview published Monday that he did not think Israeli's Benjamin Netanyahu was ever serious about signing a peace deal with Palestinians. 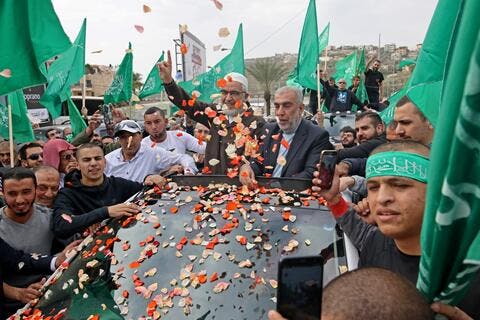 "I don't think Bibi ever wanted to make peace," Trump said to Axios news journalist Barak Ravid. "I think he just tapped us along. Just tap, tap, tap, you know?". He was referring to Netanyahu using his nickname.

No one ever thought he did https://t.co/e6ZxB7hZNl

Trump's criticism comes on the heels of a kick at the former Israeli prime minister last week, when he said Netanyahu was disloyal because he dared to congratulate US President Joe Biden on his election win in November of last year. He made the charge in the same interview. Trump continues to falsely trumpet that the election was rigged and that he actually was the victor.

Trump, the self-styled king of the deal, said he read Netanyahu's no-peace mindset like a book.

“My whole life is deals. I'm like one big deal," Trump told Ravid, who did the interview for a book on Trump and the Middle East. "That's all I do, so I understand it.

"And after meeting with Bibi for three minutes ... I stopped Bibi in the middle of a sentence. I said, 'Bibi, you don't want to make a deal. Do you?' And he said, 'Well, uh, uh uh' — and the fact is, I don't think Bibi ever wanted to make a deal."

Ravid also said Trump told him Palestinian National Authority President Mahmoud Abbas was not the roadblock to peace and he had high praise for the Abbas.

“I thought he was terrific," Trump said of Abbas. "He was almost like a father. Couldn't have been nicer. I thought he wanted to make a deal more than Netanyahu."

Donald Trump, speaking on the record, is astonished to discovery Netanyahu never wanted to make peace with the Palestinians. https://t.co/zhxhATSQkT 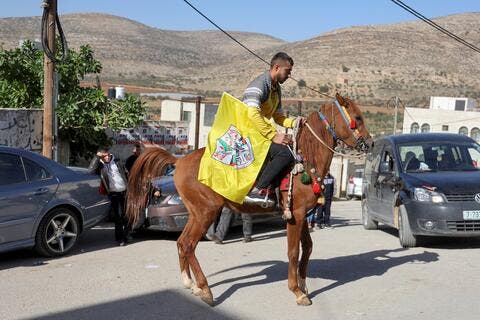 Will The Palestinian Local Elections Give Fatah a Boost?
— Jonathan Chait (@jonathanchait) December 13, 2021

He then criticized Abbas, saying he talked out of both sides of his mouth, speaking in a "warlike" manner in public but in friendly tones in face-to-face meetings.

Trump is not the first US president to identify Netanyahu as an obstacle on the road to peace - former president Bill Clinton said in a 2014 interview that Bibi was unlikely to be "the guy" to enter into a peace deal, while Barack Obama had strained relations with the former Israeli leader.