Published August 18th, 2021 - 05:27 GMT
Turkey battled disaster on two fronts on August 14, 2021, with eight people dying when a fire-fighting aircraft crashed and rescuers racing to find survivors of flash floods in the north that have killed at least 55. (Photo by Yasin AKGUL / AFP)
Highlights
62 killed in Kastamonu, 15 in Sinop, 1 in Bartin, says disaster management agency

Turkish authorities announced that the death toll from floods increased to 78 in Turkey's Black Sea region. 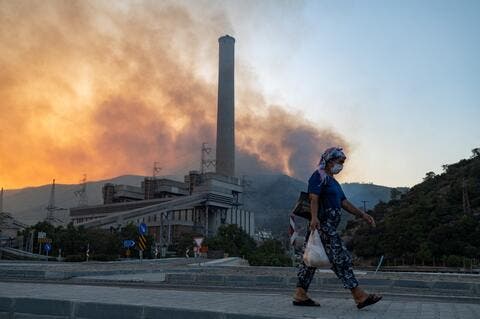 Heavy rain hit the region in the north of the country last Wednesday, leaving 62 people dead in the province of Kastamonu, said a statement by the Disaster and Emergency Management Agency.

Turkey's Black Sea provinces were hit by heavy rainfall on Aug 10, causing floods and landslides. Extreme #flooding in the streets of the northern Bartin and Sinop provinces caused extensive and devastating damage. pic.twitter.com/eLccI75ltC

Fourteen others died in Sinop province, along with one person in Bartin province. Seven victims are being treated at hospitals, it said.

It was also announced Monday that 47 people were reported missing in Sinop and Kastamonu. 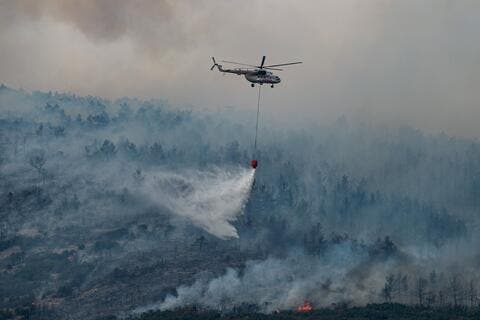 Erdogan announced that places affected had been declared disaster zones and are slated for government aid.

Walk Through a Wave of 3,000 Fish at Norwich Cathedral