Turkey May Be Violating International Law in its Afrin Offensive 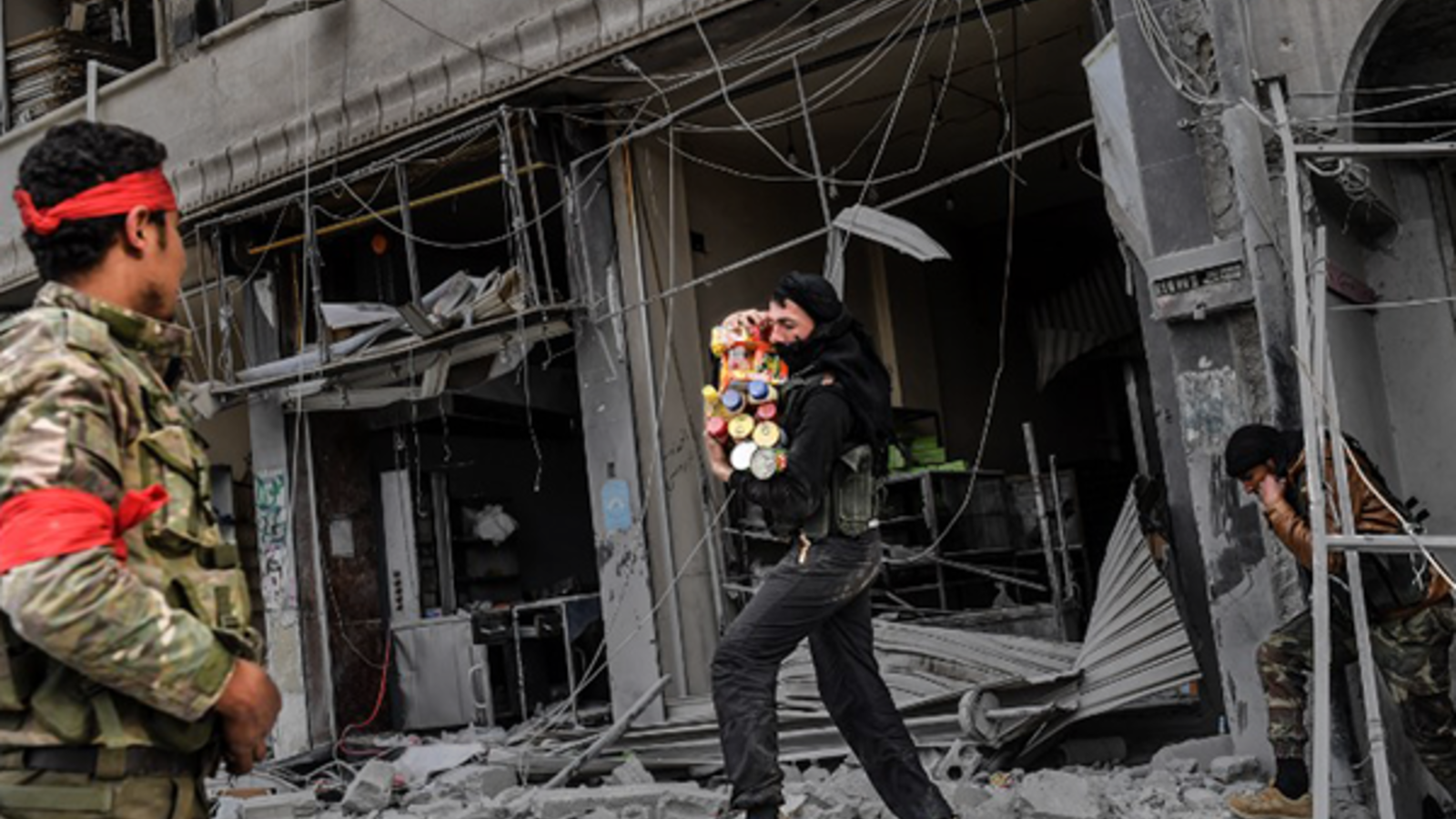 Statements from UNICEF and the Office of the U.N. High Commissioner for Human Rights (OHCHR) confirm that Turkish forces, after capturing the Afrin Dam, closed off water access to Afrin. As a result, hundreds of thousands are struggling with finding sources of clean drinking water.

A report from AFP also shows Syrian militias backed by Turkey looting shops inside Afrin after the city was captured March 18.

The intentional targeting of civilian infrastructure has contributed to an emerging humanitarian crisis in Afrin that promises to linger as Turkish forces continue to move through the region and hint at advancing into Manbij.

As Turkey seeks to position itself as a regional power, it is also demonstrating that it is disregarding human rights in the pursuit of territorial gains inside Syria.

Afrin is a predominantly Kurdish area of northwest Syria that has been under siege since late January after Turkey launched Operation Olive Branch, a military intervention intended to oust armed Kurdish groups like the YPG from Afrin.

Turkey’s capture of the Afrin Dam gave it the ability to control the water intake of Afrin as its stream flows south through the city of Afrin, which had a population of about 350,000 people.

By controlling the water infrastructure, and shutting off access to water, Turkey created a desperate situation for hundreds of thousands of civilians.

According to Ravina Shamdasani, a spokesperson for OHCHR, Turkey also destroyed a water pumping station.

“For the last 10 days, children and families have suffered severe water shortages as the source of water for Afrin city has reportedly been cut off. Families are relying on untreated water and boreholes, potentially increasing the risk of waterborne diseases for about 250,000 people,” a UNICEF report stated.

To compound the problem, civilians were reportedly prevented from leaving the region of Afrin, forcing an estimated 50,000 to seek refuge in the city.

As a tactic of war, targeting water infrastructure has both short and long-term implications.

The destruction of civilian infrastructure “allows militias and state security forces to displace urban populations, punish civilians perceived as sympathetic to the enemy, and gain access to the infrastructures that underpin modern life,” according to Dr. Jannie L Sowers, Erika Weinthal and Neda Zawahri in an analysis of wartime strategies and infrastructure.

Additionally, “international law has acted neither as a deterrent nor as a means to prosecute perpetrators,” of such destruction.

For its part, Turkey has refused to acknowledge any civilian casualties, using state-backed news outlets and government spokespeople to deny reports of civilian targeting and deaths.

The Syrian Observatory for Human Rights (SOHR) has estimated that 245 civilians have been killed since the start of Operation Olive Branch, and OHCHR spokesperson Shamdasani has expressed concern for civilians being used as human shields by Kurdish forces.

In addition to choking off water access to Afrin, Turkish-backed militias have begun ransacking shops inside the city.

SOHR reported that the forces are “pillaging private property, political and military sites and shops.” AFP corroborates the report and adds that the militias were seen filling up trucks with stolen good and leaving the city.

The theft of property and choking off of water access may contribute to a kind of collective punishment for the people of Afrin from Turkey.

According to Article 33 of the 1949 Geneva Convention, which Turkey ratified, “no protected person may be punished for an offence he or she has not personally committed. Collective penalties and likewise all measures of intimidation or of terrorism are prohibited.”

Manbij has been in the eyesights of Erdogan for several years, and was the object of a failed Turkish-backed offensive to take the town in 2016. Since then, it has established a formidable presence in northwestern Syria, using its leverage with Syrian opposition forces to expand Turkish power throughout much of the country.

Manbij is a particularly sensitive area geopolitically, as it is occupied both by U.S.-backed Kurdish troops and U.S. soldiers. Erdogan has repeatedly demanded the withdrawal of U.S. troops from the region to allow Turkey to invade the region without fear of striking U.S. assets.

As such, Manbij is the epicenter of the emerging tension between NATO members Turkey and the U.S.

Turkey-backed media outlets have continually reported deals being made between the U.S. and Turkey to give the impression that Turkey will be able to move into Manbij, but Heather Nauert, a spokesperson for the U.S. Department of State, denied that any such deals have been made, and insisted that talks are ongoing.

“We have a lot of conversations that we’re having with the Turkish government at this point… We’re still working to reach an agreement and we’re not done talking with them,” Nauert told reporters.

If Manbij were to be attacked, the already-dire humanitarian situation in Syria may deteriorate even further.

And as the war in Syria enters its eighth year, it is becoming clear that it is not winding down. Rather, it is becoming more intractable, complex and unnavigable as warring parties seek to carve out land and interests for themselves.