Published February 20th, 2022 - 11:49 GMT
Britain's Queen Elizabeth II gestures during a reception in the Ballroom of Sandringham House, the Queen's Norfolk residence on February 5, 2022
Highlights
The monarch is understood to be experiencing mild cold like symptoms

The Queen has tested positive for Covid just days after Charles and Camilla both caught the virus, Buckingham Palace has confirmed.

The monarch, 95, is understood to be experiencing 'mild cold like symptoms', but is expected to continue with light duties at Windsor over the coming week.

She will continue to receive medical attention and will follow all appropriate guidelines.

It comes just two weeks after the Queen reached her historic Platinum Jubilee, celebrating 70 years on the throne on February 6.

It is understood a number of cases have been diagnosed in the Windsor Castle team.

'Her Majesty is experiencing mild cold-like symptoms but expects to continue light duties at Windsor over the coming week.

'She will continue to receive medical attention and will follow all the appropriate guidelines.'

The Queen is understood to be triple vaccinated, but she had been on doctors' order to rest since mid October, after cancelling a run of engagements and spending a night in hospital undergoing preliminary tests.

She is believed to have spent time with Charles on February 8, when he hosted an investiture at her Windsor Castle home, before he tested positive a few days later.

The Duchess of Cornwall also tested positive for Covid, Clarence House confirmed on Monday, with a statement adding that the duchess was self isolating.

Buckingham Palace repeatedly refused to disclose whether the Queen had herself contracted the virus, though it remains unclear exactly when she provided a positive test.

The Royal Household has its own royal physicians and the Queen's doctors will be on hand to take care of and monitor the head of state, with Professor Sir Huw Thomas, head of the Medical Household and Physician to the Queen, expected to be in charge.

The monarch carried out her first major public engagement for more than three months on February 5, the eve of her Jubilee, when she met charity workers at Sandringham House and cut a celebratory cake - using a walking stick to rest on.

And she admitted to feeling frail for the first time this week, but managed a smile as she returned to work at Windsor Castle, despite scandals engulfing Princes Charles and Andrew that threaten to overshadow her Jubilee year.

Her Majesty again leaned on a walking stick as she told incoming Defence Services Secretary Major General Eldon Millar and his predecessor Rear Admiral James Macleod 'I can't move' in the Oak Room at her Berkshire home on Wednesday.

The monarch stood rooted to the spot and leaned on her cane as she pointed to her left leg or foot - but mustered a smile when the two men approached her and shook her hand.

The Queen was understood to have been feeling slightly stiff, rather than having injured herself or being unwell.

It comes as Prince Andrew finalised the settlement of a bombshell sex assault case against him earlier this week, while the Met has also launched a probe into a cash for honours scandal involving Charles's charitable foundation. 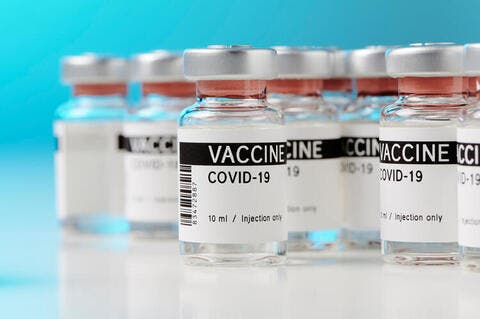 The Duke of York has agreed an undisclosed out-of-court settlement with Virginia Giuffre after she sued him claiming she was trafficked by paedophile Jeffrey Epstein, Andrew's friend, to have sex with the royal when she was 17 and a minor under US law.

But it came amid fresh fury over claims the Queen contributed towards the estimated £12million deal agreed with his accuser.