Published March 27th, 2022 - 08:47 GMT
Palestinians demonstrating against the expropriation of land by Israel, face Israeli security forces in the village of Kfar Qaddum near the Jewish settlement of Kedumim in the occupied West Bank, on March 25, 2022. (Photo by JAAFAR ASHTIYEH / AFP)

An independent UN human rights expert has denounced Israel for practicing “apartheid” against Palestinians over the past decades, calling on the world body to devise a list of measures aimed at effectively holding the occupying regime to account  for the crime. 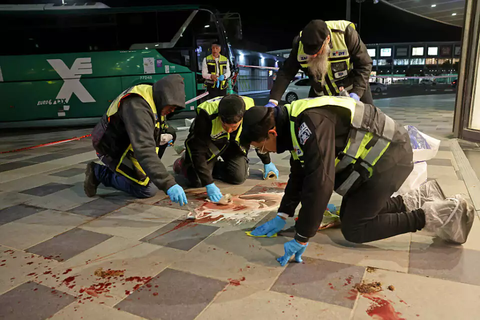 Four Israelis Stabbed to Death by a Palestinian in Beersheba

In a report to the Human Rights Council in Geneva, Michael Lynk, the UN Special Rapporteur for the situation of human rights in the Palestinian territory occupied since 1967, complained about “a deeply discriminatory dual legal and political system” that privileges 700,000 settlers in occupied East al-Quds and the West Bank.

“With the eyes of the international community wide open, Israel has imposed upon Palestine an apartheid reality in a post-apartheid world,” he wrote.

“The Special Rapporteur recommends that the international community accepts and adopts the findings … that apartheid is being practiced by Israel in the occupied Palestinian territory and beyond.”

He also explained that Israel conforms to the internationally-understood legal definition of apartheid as a system of institutionalized racial segregation practiced in South Africa prior to its dismantling in the early 1990s.

Israel is a “political regime which so intentionally and clearly prioritizes fundamental political, legal and social rights to one group over another, within the same geographic unit on the basis of one’s racial-national-ethnic identity,” Lynk wrote.

“Apartheid is not, sadly, a phenomenon confined to the history books on southern Africa.”

Additionally, the Canadian academic said Israel is pursuing a strategy of “strategic fragmentation of the Palestinian territory into separate areas of population control, with Gaza, the West Bank and East Jerusalem (al-Quds) physically divided from one another.”

“The political system of entrenched rule in the occupied Palestinian territory which endows one racial-national-ethnic group with substantial rights, benefits and privileges while intentionally subjecting another group to live behind walls, checkpoints and under a permanent military rule… satisfies the prevailing evidentiary standard for the existence of apartheid,” Lynk added.

The rights expert also went on to say that there are over three million Palestinians living under an oppressive rule of institutional discrimination and without a path to a genuine Palestinian state.

“Another two million Palestinians live in Gaza, described regularly as an ‘open-air prison’, without adequate access to power, water or health, with a collapsing economy and with no ability to freely travel to the rest of Palestine or the outside world,” he added.

“For more than 40 years, the UN Security Council and General Assembly have stated in hundreds of resolutions that Israel’s annexation of occupied territory is unlawful, its construction of hundreds of Jewish settlements are illegal, and its denial of Palestinian self-determination breaches international law,” he said, noting that “if the international community had truly acted on its resolutions 40 or 30 years ago, we would not be talking about apartheid today.”

The international community, he asserted, should come up with a list of effective accountability measures to bring the Israeli occupation “and its apartheid practices” in the occupied Palestinian lands to a complete end. 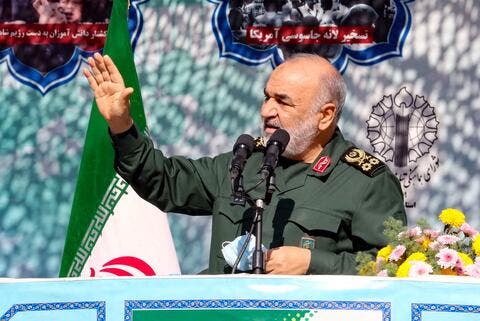 "This is a Serious and Real Message": IRGC Chief Sends Warning to Israel

Israel occupied the West Bank and East al-Quds during the Six-Day War in 1967. It later annexed East al-Quds in a move not recognized by the international community.

Palestinians want the West Bank as part of a future independent Palestinian state with East al-Quds as its capital.