Published August 8th, 2022 - 06:17 GMT
A Palestinian woman checks the damage as she walks through rubble in front of her home in Gaza city early on August 8, 2022, following a cease fire between Israel and Palestinian militants. (AFP)

The call came one day after an Egyptian-brokered cease-fire came into force to end three days of Israeli airstrikes on Gaza and retaliatory rocket fire.

At least 45 Palestinians have been killed and over 360 others injured in the Israeli offensive, according to the Health Ministry.

He said his ministry did not receive the pledged fund for rebuilding around 2,200 housing units destroyed by last year’s Israeli offensive on Gaza.

“The cost of rebuilding these housing units is estimated at around $100 million,” he added. 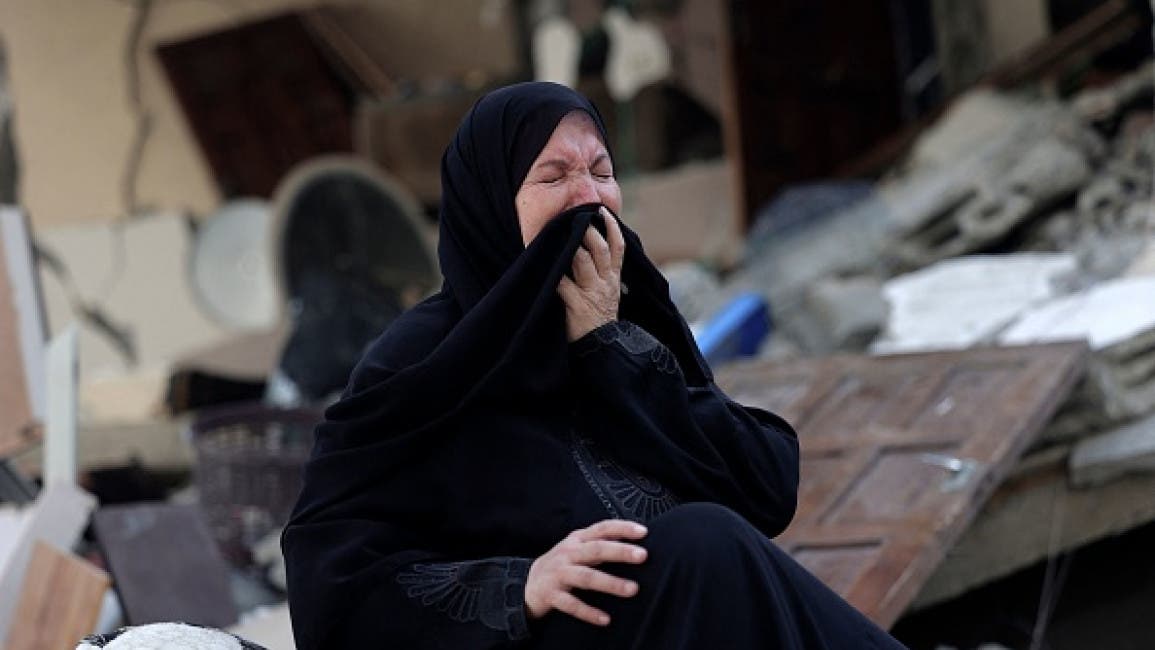 “We appeal to the international community to lift the blockade imposed on Gaza,” he added.

Home to 2.3 million people, Gaza has been reeling under a crippling Israeli blockade since 2007, badly affecting livelihood in the seaside territory.

Ghazi Hamad of the Ministry of Social Development said the recent Israeli offensive “has worsened the already difficult humanitarian situation in Gaza.”

“The repeated aggressions reflect Israel’s policy of keeping the Gaza Strip exhausted and under pressure,” he added.