Underground Blast Traps 75 Coal Miners With One Killed in Russia

Published November 25th, 2021 - 08:41 GMT
(Shutterstock/ File Photo)
Highlights
40 coal miners have been rescued, with at least one said to have died.

A major rescue operation is underway after an explosion at a mine in eastern Russia left dozens of miners trapped deep underground and killed at least one. 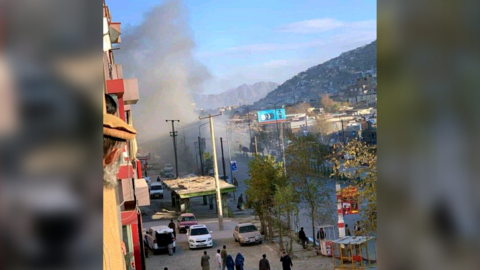 The blast took place 820ft below the surface at Listvyazhnaya coal mine in Siberia shortly after 9am Thursday, when coal dust in the ventilation ducts caught fire.

At least one person - a 23-year-old - was killed in the explosion with another 43 people suffering injuries from smoke inhalation, including two in serious condition.

But many more are unaccounted for and feared trapped. Amid confusion over the numbers, regional governor Sergei Tsivilev said 49 were missing but other reports put the figure as high as 75.

Interfax said an explosion 'thundered' in the mine causing the emergency. Fire was said to be raging in a ventilation tunnel.

A report by Russia's Interfax news agency said an 'equipment malfunction' or 'natural causes' were seen as the cause of the explosion.

A major operation in subzero temperatures was underway to save the trapped miners, according to multiple reports.

Russia’s Emergencies Ministry: One die, over 40 injured, 48 unaccounted for in Siberia mine incident pic.twitter.com/K3VIpAaXIL

But Mash news outlet, which showed pictures from the scene, said 75 remained trapped inside the mine. Interfax reported the same figure

As the first victims emerged from the mine, a local emergencies source said: 'According to preliminary data, none have bodily injuries.'

'They inhaled (smoke) as a result of the explosion.' 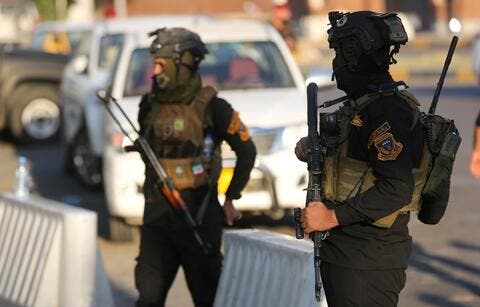 Two Injured in a Grenade Explosion in Baghdad

According to Russia's technological watchdog, an explosion occurred in the mine's airway. An was launched by the Kemerovo region prosecutor's office.

Listvyazhnaya is part of SDS-Ugol, one of Russia's biggest coal mining companies.