Published May 26th, 2021 - 11:10 GMT
Syrian President Bashar al-Assad (C) and his wife Asma (R) cast their votes at a polling station in Douma, near Damascus on May 26, 2021, as voting began across Syria for an election guaranteed to return Assad for a fourth term in office. LOUAI BESHARA / AFP
Highlights
Syria heads to polls on Wednesday; top diplomats call for participation of all Syrians, including refugees.

Syria’s presidential election set for Wednesday will "neither be free nor fair," top diplomats from the US, UK, France, Germany and Italy said Tuesday. 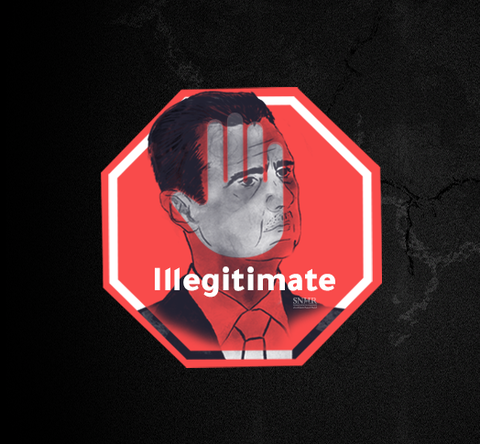 "We denounce the Assad regime’s decision to hold an election outside of the framework described in UN Security Council Resolution 2254 and we support the voices of all Syrians, including civil society organisations and the Syrian opposition, who have condemned the electoral process as illegitimate," the officials said in a joint statement.

They called for an election in which participation of all Syrians, including displaced citizens, refugees and diaspora members is allowed.

"Without these elements, this fraudulent election does not represent any progress towards a political settlement," said the statement.

The diplomats also urged the international community to unequivocally reject the election, which they said, is an effort by the Assad regime to regain legitimacy without ending its grave human rights.

Assad has been the victor in every election since he took power in 2000 as heir to his father, Hafez al-Assad.

#Syria holds presidential elections today. The #NATO states which have waged a vicious, dirty war against Syria for a decade say these elections will not be 'free and fair'. The #Syrian people do not look for approval from criminal aggressors. pic.twitter.com/kXnoStTxyg

The decision to hold elections was made despite the ongoing military conflict, lack of any political solution in sight, failure of negotiations between the opposition and the regime, and the displacement of more than 10 million Syrians either as refugees or internally displaced persons.

Moreover, about 40% of the country is not under regime control. 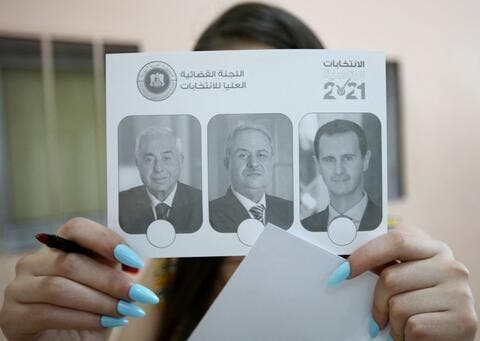 Syrians Head to The Polls to Vote in Presidential Election

Syria has been in a civil war since early 2011, when the regime cracked down on pro-democracy protests with unexpected ferocity.

Around half a million people have been killed and more than 12 million had to flee their homes in the past decade.