Published March 1st, 2022 - 09:39 GMT
Protestors march down 42nd Street in New York during a "It's my Dam" protest on March 11, 2021, where Ethiopians unite around the Nile River mega-project. (Photo by TIMOTHY A. CLARY / AFP)
Highlights
Egypt said that Ethiopia’s decision to unilaterally start operating the Renaissance Dam is a violation of the 2015 Declaration of Principles

Dr. Mohamed Abdel-Aty, Minister of Water Resources and Irrigation, has said that the Renaissance Dam negotiations are currently frozen “due to Ethiopian intransigence.” 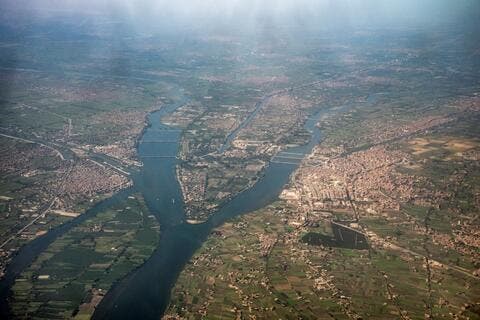 Ethiopia Will Not Cooperate With Egypt On The Renaissance Dam Dispute

Ethiopia announced a few days ago that Prime Minister Abi Ahmed had inaugurated the first phase of electricity generation from the dam.

Egypt said that Ethiopia’s decision to unilaterally start operating the Renaissance Dam is a violation of the 2015 Declaration of Principles.

Egypt-Ethiopia row: The trouble over a giant Nile dam.The latest talks to resolve the dispute between Ethiopia and Egypt over the future of a giant hydropower project on the Nile River are due to resume in Washington laterhttps://t.co/HJJxNIIVDQ

Abdel-Aty said his country is keen to reach a “fair and binding legal agreement on the rules for filling and operating the dam” stressing the state’s readiness to deal with all scenarios related to the Ethiopian dam crisis.

“The Ethiopian dam is large, and there must be a binding agreement, exchange of data, and cooperation with the Ethiopian side to achieve a win-win situation for all, not unilateral action,” he said.

The minister said that all state agencies are working in this file, each in its own right, and the Ministry of Irrigation is only concerned with the technical part with regard to the Ethiopian dam, noting that the ministry provides for water needs by making use of every drop of water.

The Egyptian state has taken the necessary measures to rationalise water consumption, he said, and to diversify production sources to avoid any crises.

The country is in talks with Kenya for a power purchasing deal.

Also wants to export to Europe via Egypt. 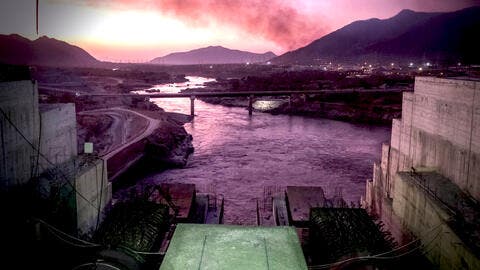 Abdel-Aty said that Egypt is one of the most water-scarce countries in the world and is 97 per cent dependent on the waters of the River Nile. “The increase in population represents a major challenge to water resources, and it is expected that the total population in Egypt will reach more than 175 million people in 2050, which represents great pressure on water resources.” The population today is about 100 million people.

Egypt, Sudan and Ethiopia have been negotiating since 2011 to reach an agreement on filling and operating the dam, but long rounds of negotiations between the three countries have not yet produced an agreement.