Despite Facebook's Denial, Trump Is Back on the Platform

Published June 3rd, 2021 - 06:11 GMT
Checking the page on the platform, Albawaba has verified that it is actually back. (Facebook)

Almost five months after he was banned on most social media networks, online people have been surprised to see Donald Trump's official Facebook page back on the platform. 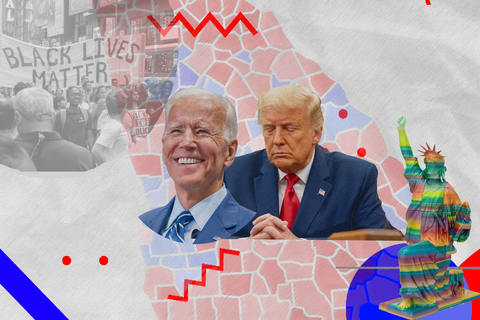 5 Signs of a Slightly Left-Leaning World: The Domino Effect of US Elections?

Facebook Policy Comms Manager Andy Stone's statment about allowing Trump back on the platform: "Nothing about the status of President Trump's presence on our platform has changed. He remains indefinitely suspended."

But, here is his very active, verified page. #DeleteFacebook pic.twitter.com/0laAXsGdMb

Even though his suspension had followed the Capitol insurrection by his supporters on the 6th of January 2021, as the Congress was in assembly formalizing Joe Biden's presidential win, the Facebook page has been back with no new posts by the former US president.

Social media users perplexed with Trump's Facebook return started tweeting their questions to Facebook executives, wondering if this is the beginning of his full return to the social media world.

Responding to questions, Facebook's communication manager Andy Stone has restated Facebook's suspension of Donald Trump, saying that "no changes have been made" on the former president's account's status.

This comes only two days before Trump makes a live appearance during the North Carolina Republican Party's state convention where he is scheduled as a speaker next Saturday. 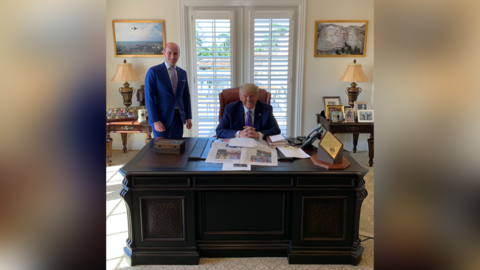 Trump's Heart Can't Seem to Get Over the White House: Denial Phase?

Facebook works for the Democratic Party to silence political opposition. Once upon a time, Democrats used the original Klan to do this dirty work. Just saying 🤷🏼‍♀️ https://t.co/JJ37zxclDP

While Facebook's policy has been deemed by many as "censoring certain political voices," especially conservative ones in the US, Trump has not been the only head of state suspended from a social media platform. Since 2019, Venezuela's Nicolás Maduro has been temporarily suspended off Twitter several times.

Moreover, Twitter has just removed a tweet by Nigerian President Muhammadu Buhari last night, after he explicitly threatened "to punish" pro-Biafra groups which his government blames for the latest attacks on government and security forces.