Google Worker Quits Over Policies on Palestine and Israel

In a Medium article, Google worker Ariel Koren announced quitting her role in the tech giant, after she was reassigned to an overseas role following her opposition to Google's Project Nimbus which offers the Israeli government and military the most advanced technologies. 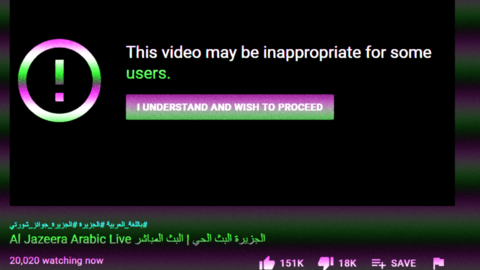 Ariel Koren, who introduced herself as a Jewish Google worker for over 7 years, expressed her gratitude towards "over 700 Googlers" for signing a petition "calling on Google to rescind its act of retaliation against her for protesting Google’s Project Nimbus".

I am leaving @Google this week due to retaliation & hostility against workers who speak out. Google moved my role overseas immediately after I opposed its $1B AI/surveillance contracts with Israel. And this is far from an isolated instance.https://t.co/V4y05kOYQv pic.twitter.com/eRMrzTPYfb

Koren then explained that the $1.2 billion dollar Project Nimbus, which has been igniting different reactions ever since it was announced in April 2021, is to be signed between Israel's government and military on one side, and Google and Amazon on the other.

According to Koren's Medium article, through Project Nimbus, "Google will help construct data centers and provide cloud infrastructure to several Israeli government agencies, including Israel’s military, and the Israel Land Authority, which is the agency responsible for stealing more Palestinians’ land for illegal Israeli settlements. What’s worse, the contract explicitly prevents Google from shutting down its services in the future, including in the event of employee protest. The contract explicitly makes the company powerless to stop its services regardless of whether Israel uses the technology to aid human rights violations."

My feelings of marginalization only grew when I began seeing my coworkers issued warnings, just for having empathy for Palestinians."
- Palestinian Google Worker
(https://t.co/5qhSpykKjA) pic.twitter.com/5BKtv42ZqB

Ariel Koren's resignation from Google has been referred to the company's policies of "retaliation" against her and her colleagues who speak up against Google's policies, which have been long deemed pro-Israel and anti-Palestinian.

"In my experience, silencing dialogue and dissent in this way has helped Google protect its business interests with the Israeli military and government." - Ariel Koren

In her letter of resignation, Ariel Koren accuses Google of "systematically silencing Palestinian, Jewish, Arab, and Muslim voices concerned about Google’s complicity in violations of Palestinian human rights — to the point of formally retaliating against workers and creating an environment of fear". 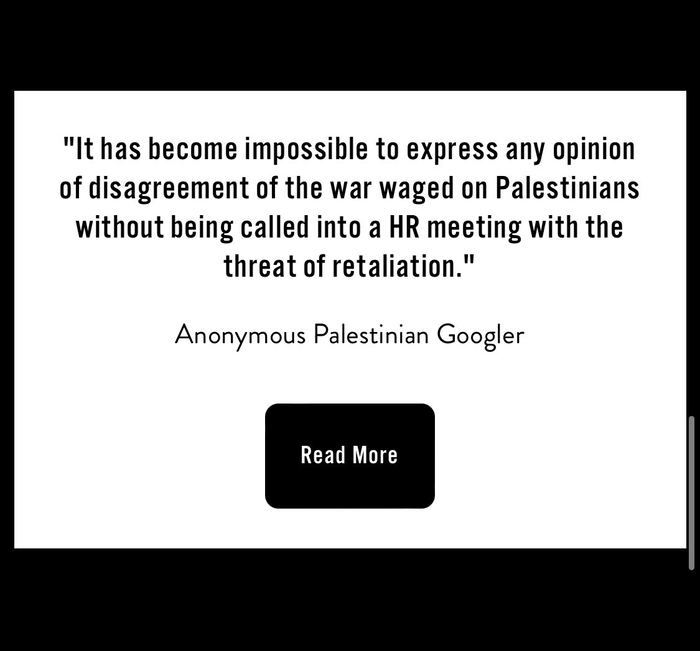 She also weighs on a number of incidents in which Google took decisions that comply with right-wing and Israeli policies, including censoring pro-Palestinian content after pressure from political lobbies. Ariel Koren names Jewloers as one.

On Twitter, Ariel Koren also shared anonymous testimonies from Palestinian and anti-Zionist workers at Google, detailing "retaliation acts" taken by the company against them on multiple occasions.

For the last few years, Google and other Silicone Valley tech giants have come under fire several times, for their policies in terms of moderating pro-Palestinian content, especially in comparison with its policies on pro-Israeli. 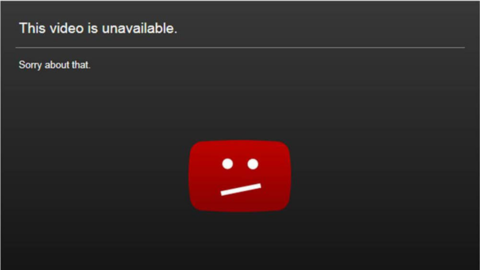 Fifteen Googlers are speaking out about this contract today for the first time in audio testimonies. Many are from Palestinian workers, speaking anonymously due to @Google’s culture of fear and track record of retaliation. Listen here: https://t.co/4eNVo3QzaD

For many years, Google faced criticism over not recognizing Palestinian territories on its map services, while considering all of historic Palestine as part of Israel instead.

Google's other services have also come under fire during the May 2021 conflict in Gaza, after restricting live streaming and YouTube videos that represented the Palestinian narrative.

A Savior, a Destroyer! The World Remembers Mikhail Gorbachev

Google Worker Quits Over Policies on Palestine and Israel