Iranian TV Disrupted Broadcast During Football Match Because of a Woman

Football fans in Iran were surprised two weeks ago when their TV broadcast of an English Premier League match was continuously interrupted before they realized that the broadcaster had cut off every moment a female assistant referee appeared on the screen. 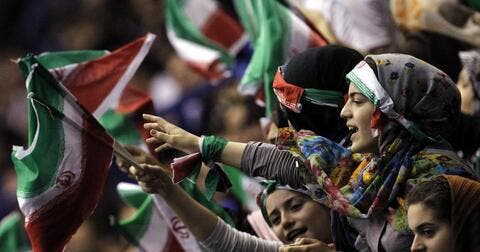 In Iran, the transmission of the Tottenham v ManUnited match was interrupted when the legs of assistant #referee Sian Massey-Ellis became visible. https://t.co/OGge5d87tI

Broadcasting the game between Tottenham Hotspur and Manchester United on the 11th of April, the state TV in Iran tried to hide every moment in which Sian Massey-Ellis was on the screen, especially that she was wearing shorts.

Due to the fact that all of her moments were not shown on TV, viewers linked this to Iran's mainstream "conservative views on women," ones that often try to not show women unless fully covered.

The channel interrupted the match dozen of times and replaced it with drone footages of the stadium pic.twitter.com/m4RDh5ymVc

Online people rushed to attack the TV channel for what they called "censorship" of the match, urging authorities to stop such practices towards women.

Sian Massey-Ellis is so far the only female assistant referee in the Premier League.