Recent backlash triggered by the casting of American actor James Franco to play the role of prominent Cuban leader Fidel Castro in the upcoming movie Alina of Cuba has brought back a wild conspiracy theory that has long linked Castro to the current Prime Minister of Canada Justin Trudeau. 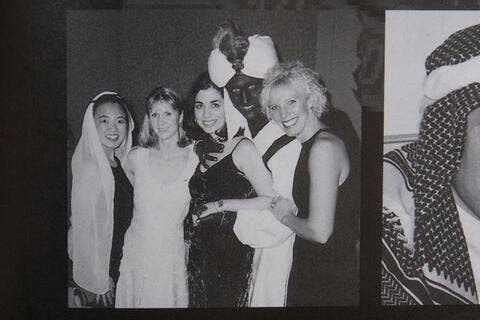 In recent days, many Latin Americans took to social media to protest the choice of James Franco, an actor of Portuguese, Swedish, Jewish, and Russian descent, to play the role of Fidel Castro, the Cuban leader who is most known for communist views and anti-imperialism and who has ruled Cuba for 50 years.

justifications surrounding james franco's casting as castro (his skin was light, he had "galician" heritage...) are missing the the entire point---latine are grossly underrepresented in hollywood, and this was an obvious role for a latino that went to a white actor

Online conversations have decried the choice of Franco, demanding an actor that is more representative of Latinos.

Some commentators argued that Hollywood producers often cast Latino actors for stereotypically negative roles, such as drug smugglers or criminals while they opt for white actors to portray historic figures of color.

The debate has also reminded many internet users of an old, yet wild conspiracy theory, linking the 50-years old Prime Minister of Canada Justin Trudeau to the Cuban leader Fidel Castro.

Is Justin Trudeau the biological son of Fidel Castro?

According to this conspiracy theory, Fidel Castro is believed to be the biological father of Justin Trudeau, a claim that has gained popularity because of the unusual physical resemblance between the two men, in addition to the many pictures that showcase an old relationship between Justin Trudeau's family and the Castros over the years.

This claim has been growing on TikTok, where people share photos of Justin Trudeau, his father Pierre Trudeau who served as the former Prime Minister of Canada for two terms from 1968 to 1979 and from 1980 to 1984, in addition to Cuba's Fidel Castro.

Moreover, some people suggested that the close ties between Pierre Trudeau and his wife on one hand, and Fidel Castro on the other, particularly around the time Justin Trudeau was born, may have turned into an affair at some point, resulting in Justin's birth in 1971.

Online people who support the Justin Castro theory pointed at Justin Trudeau's "unuaully warm" remarks following Fidel Castro's death in November 2016, when the Prime Minister of Canada released an official statement in which he called the Cuban leader "a larger than life leader who served his people for almost half a century. A legendary revolutionary and orator, Mr. Castro made significant improvements to the education and healthcare of his island nation".

This is Margaret Trudeau grabbing onto Fidel Castro’s arm while her husband looks on. #YouDecide pic.twitter.com/wUhkPBWesh 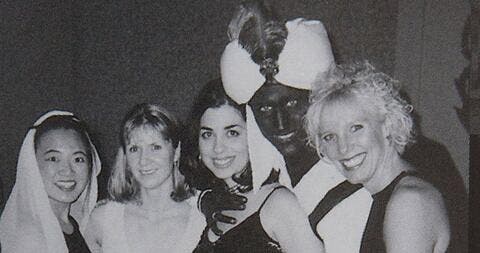 At that time, Justin Trudeau faced major backlash from Canadanians who deemed Fidel Castro as an anti-western dictator, leading to Justin Trudeau's decision to skip Fidel Castro's funeral after prior plans to attend it. 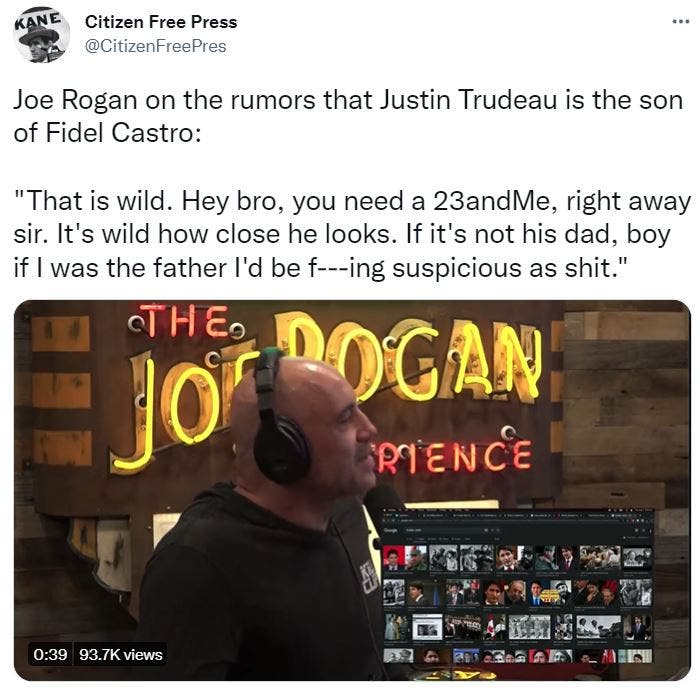 The Justin Castro conspiracy theory remains unsupported by any proof or evidence, which has prompted the American comedian and commentator Joe Rogan of weighing on the issue in his latest The Joe Rogan Experience podcast episode, suggesting that Canada's PM Justin Trudeau "needs to undergo a DNA test" to verify whether or not he is "the long-lost son of Fidel Castro".