Published November 21st, 2021 - 09:10 GMT
A photo of the Pope, Jeffrey Epstein and Ghislaine Maxwell has been prompting questions. (Twitter: biedexmarkets)

As the trial of British socialite Ghislaine Maxwell who is the ex-partner of convicted sex offender Jeffrey Epstein approaches, more secrets are spelled highlighting the couples' powerful connections worldwide. 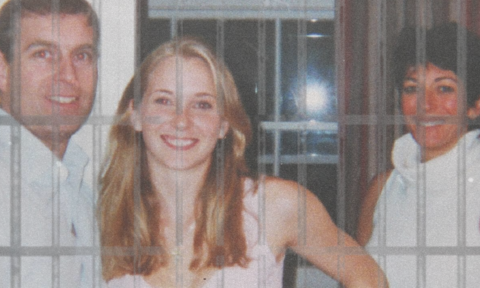 Will Jeffrey Epstein's Prominent Associate Expose Prince Andrew, Trump, or the Clintons in a Plea Deal?

One of the latest names to have becomes associated with the couple who were accused of running a paedophile sex ring since the 1990s until Jeffrey Epstein's suicide in August 2020 is the former head of the Catholic Church Pope John Paul II.

JUST IN - Paedo billionaire Epstein and his alleged "madam" Ghislaine Maxwell once enjoyed a private audience with the head of the Catholic Church at the Vatican.https://t.co/2C1WdJIBPG

A photo published by the UK-based The Sun shows a 2003 private meeting during which the Pope gave his blessings to the couple. The British paper noted Jeffrey Epstein and Ghislaine Maxwell had flown to the Vatican in Epstein's private jet the Lolita Express.

While no report suggest Pope John Paul II had a special relationship with the couple, or that he had any knowledge of the activities they were involved in at that time, there are many questions over the powerful connections of the non-Catholic Jeffrey Epstein and Ghislaine Maxwell, which enabled them to have this private meeting with the Pope in 2003.

In July 2019, Epstein was arrested in relation to several sexual crimes, most of which were related to underage girls who are suspected to have been groomed and contacted through his former-partner Ghislaine Maxwell, who remained Epstein's closest confidant over the years.

The Pope meets with all types of celebrities and wealthy types (usually for a brief audience). Acting like he was familiar with what they were up to is insincere (btw, that's Pope John Paul II, not the current one).

A month later, Jeffrey Epstein was pronounced dead in his Manhatten prison cell in what has been categorized as an apparent suicide. Ghislaine Maxwell went into hiding for one more year before she was arrested in the summer of 2020 and is now facing several criminal charges.

The press has for years been questioning Epstein and Maxwell's relationships with politicians and celebrities, especially Prince Andrew, Duke of York who has been singled by American-Australian Virginia Roberts Giuffre, who says she was trafficked to Prince Andrew by Epstein and Maxwell on a private island in the Caribbean in the early 2000s when she was only 17 years old.

BEAMING Jeffrey Epstein and Ghislaine Maxwell are blessed by the Pope — showing their all-powerful connections! pic.twitter.com/lh4iPVXGmQ

Jeffrey Epstein and Ghislaine Maxwell also had a strong relationship with former US Presidents Bill Clinton, Donald J. Trump, and a number of well-known celebrities and businessmen. So what is going on here?