Published March 10th, 2022 - 08:01 GMT
A cartoon shared after a video of young Turkish replacing the Israeli flags with Palestinian ones. (Cartoon by Bahaa Eddin Yasin)
Highlights
The Israeli president has arrived to Ankara for a 2-day visit which was described as historic.

To denounce the Israeli president Isaac Herzog’s visit to Turkey and to show support for Palestinians, some people in Turkey have removed the Israeli flags which were hung on some street lights in Ankara and replaced them with Palestinian ones. 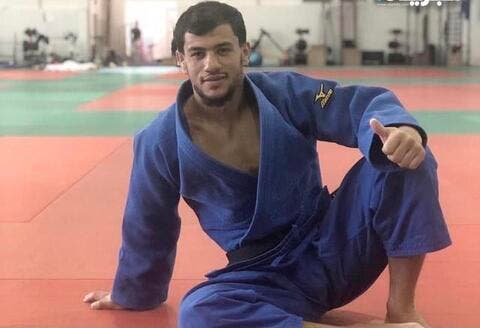 Pro-Palestinian activists have taken it to social media to thank them and they were described as heroes. One person said: “And they ask us why we love Turkey and its people?” While another one tweeted: “Congratulations, kissing your forehead guys, God bless you.”

According to Journalist Haidar Akarar, these young Turks are members of the Anatolian Youth Association, which is a non-governmental organization focusing on issues such aas gender equality, youth and women entrepreneurship, environment issues, ecology, and dealing with hate against migrants and refugees.

The Israeli president arrived in Turkey's capital Ankara on Wednesday on a two-day visit to hold talks with the Turkish counterpart Erdogan and officials. Israel's Prime Minister Naftali Bennett hailed the visit of President Isaac Herzog to Turkey calling it an "exciting moment."

The Israeli president said at a press conference: “My visit to Turkey as a guest of President Erdogan was very important…in the history of the two countries and nations,” Jerusalem post reported.

A few days ago, Algerian Judo player Fethi Nourine who was preventedd from playing for 10 years over charges of mixing sports with politics due to his refusal to compete against an Israeli player, announced his decision to file a lawsuit against the Court of Sports, due to its double standards when handling the Palestinian cause and Ukrainian war.

Moe Ramadan gets creepy on stage, is he ok?