Why Is Egypt’s Last Independent Human Rights Group Calling it a Day?

After 18 years of actively leading human rights groups in Egypt, Africa, and the Middle East, the Arabic Network for Human Rights Information has announced closing its doors permanently "due to "increasing harassment by Egyptian authorities." 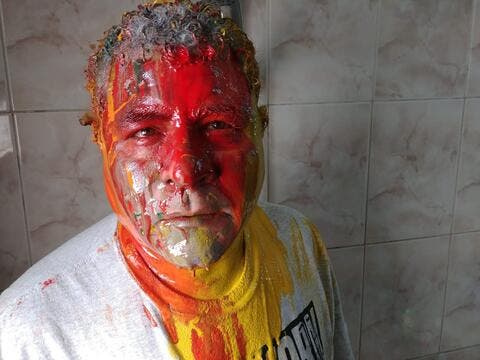 'They Attack Me Because They Can't Torture Me': Egyptian Human Rights Lawyer Becomes a Target

Due ongoing the threats, harassment, thefts, arrests, prosecutions, etc., at the hands of the Egyptian dictatorship, the Arab Network for Human Rights @anhri Information is suspending its activities. Shame on the Biden administration for supporting this regime w/ billions of $$$ https://t.co/P2MnnrNADm

— US Committee to End Political Repression in Egypt (@UsCommittee) January 10, 2022

In a statement published on their website and shared across social media platforms, Egypt's last independent human rights group has explained the reasons behind its inability to continue working any further, which has inspired the decision to shut down completely, after years of resisting government pressure and intimidation.

@anhri / @gamaleid regrets to announce that starting today it will be suspending its activities
given the increasing disregard for the rule of law in Egypt, growing violations against human rights which do not spare independent NGO and defendershttps://t.co/6tOVeJ5zen

The ANHRI statement highlighted the new NGO and civil organizations law as the main obstacle making it difficult for the organization to work legally in Egypt.

The Arabic Network for Human Rights Information was founded in Cairo in 2003 and has since helped publish countless human rights reports produced by hundreds of organizations in Egypt and the region.

The organization is headed by Egyptian lawyer and human rights activist Gamal Eid who has been personally reporting numerous acts of harassment by local authorities, including a 2019 attack at his house, where he was beaten up and splashed with paint by unnamed individuals who are believed to have been undercover agents.

This is truly terrible news for Egypt’s human rights movement. Losing ANHRI is a deep blow to decades of work in this space. It’s also a sign of how poorly the US handled its political leverage, but that’s for another day. Wishing everyone there all the best in future endeavours. https://t.co/qZrFuA6EqS

Ever since its establishment in 2003, the Arabic Network for Human Rights Information worked extensively on providing thorough analysis on freedoms in Egypt, Africa, and the Middle East. The organizations' work gained special significance amid the 2011 Arab Spring due to the unprecedented changes in political life in the Middle East.

So sad ANHRI is shutting down. ANHRI is one of the most prominent organizations in Egypt and the region. For years, the team have worked on freedom of expression & assembly covering the whole region and paid the price for it. We need more, not less, organizations like it. Sad day https://t.co/k4HCTWbpev

However, Egyptians have been reporting increased scrutiny and government harassment suffered by human rights and political activists who have been critical of President Abdel Fattah Al-Sisi since 2013.

Arab Passports: From Strongest to Weakest