At last Lebanon can breathe or its people should be able to breath soon or soon enough. Really, this is the bottom line, from now on it should be an upward curve but there is optimism with lots of caution. 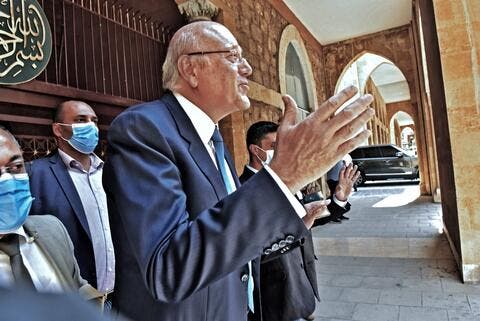 Beirut can breathe soon because of the formation of a new government after a 13-month deadlock of dilly-dallying between Michel Aoun’s presidential palace and the successive – three candidates – Premier-designates chosen to form a government with two of them failing abysmally. Najeeb Mikat was finally able to put a 24-member cabinet together just at the last minute and/or the final hour with Aoun persuaded to say yes, after enormous pressure being applied by the French and Americans.

This is just the beginning of the road but what it means is that Lebanon can finally go ahead and apply for help from the French, Europeans and negotiate on the awaiting rescue package from the International Monetary Fund to save the country. International politicians and officials have been holding aid for the best part of the 13 months ever since the last Lebanese government of Hassan Diab resigned after the Beirut Port Explosion last August which killed over 210 people and displaced 7000 with billions of dollars of wasted damage.

Diab rightly so, stayed on as a caretaker prime minister but his hands were tied till a new government was chosen but this was privy to the discretion of Aoun who wanted a ‘blocking third' in any cabinet which meant continuous deadlock that actually exacerbated the Lebanese ongoing fiscal and economic crises that began in 2019 and because of western pressure that refused to lend unless Lebanese politicians got their house in order. Much foot-dragging thus took place on both sides but this become like the chicken and egg situation or the cart and horse. Which comes first?

It’s still early days with the government roll-steamer churning to get off the ground.

Billionaire-businessman Prime Minister Mikati is the third premier-designate in less than a year that has been a roller-coaster of abysmal economic recession and Covid-19 pandemic crisis that brought the country to its knees. Saad Al Hariri spent nine months trying to form a government but was constantly frustrated by Aoun who basically wanted a third of the cabinet to be composed of “yes” men that would give him ultimate control. Before that Mustapha Adib, a Lebanese diplomat, turned businessman based in Germany, was charged with forming a government right after the explosion but he didn’t last a month and resigned obviously feeling that Lebanese politics was too hot to handle.

"Postpone the downfall of the state and its institutions”

In crisis-ridden Lebanon the new government in only ‘a band-aid’, say experts https://t.co/sLpODIltiY pic.twitter.com/BZiWgKaB6K

Meanwhile the economy went down the drain, the dollar started trading at 19,000 liras which meant imports become prohibitively expensive and the country started running out of goods, medicines and fuel threatening to shutdown hospitals, bakeries and the internet with erratic electricity in the city. And what foodstuffs and other products there existed become certainly beyond the means of the Lebanese 80% of whom touched the poverty line.

The last straw was when Mikati came out in the last days and said they had no foreign currency to buy from outside, a sobering statement to make that virtually brought him to tears when he told of the story of the mother who could not even buy a pack of Panadol aspirins.

But politicians had not been listening to the furious street that had long been in protest with Aoun turning the radio volume higher despite the endless meetings with premier designates. Thank God this is water under the bridge now. Nobody is quite sure why Aoun finally accepted a political deal because Mikati say he didn’t get the “blocking third” but it must have been outside pressure, the Americans and French although it is being said already the Saudis are not happy about some of the ministers in the new cabinet but no doubt Riyadh will be gently persuaded to fall into line.

Meanwhile, the pressure had been lifted at least somehow, although local critics in Lebanon are already crying wolf and saying the cabinet are of the same political factions, which in all honesty they would be, because of the nature of the confessional system that operates in the country along the Christian, Sunni and Shiite sects.  One of the problems with Lebanon is the ‘booty’ is divided among politicians along these confessional lines.

On the cabinet level however, it is seemed to be sorted out for the time being. Aside from some eye opening ministerial portfolios – Najla Riachi for Administrative Development and the only one woman in government and well-known media personality George Kordashi for Communications – this ministry is mainly occupied by “technocrats” which is in a way good, to deal with the critical financial era Lebanon is going through and to convince outside lenders Lebanon is serious about reform and openness instead of corruption which its politicians are accused of.

The present Deputy Prime Minister Saadeh Al Shami was a regional expert with the IMF and former Chairman of the Lebanon Capital Markets Authority, Finance Minister Youssef Khalil was the Chief of Operations in the Central Bank and is an economist who joined the institution in 1982 while Economy Minister Amin Salam is from the Harvard Kennedy School and ex-president of the National US-Arab Chamber of Commerce. 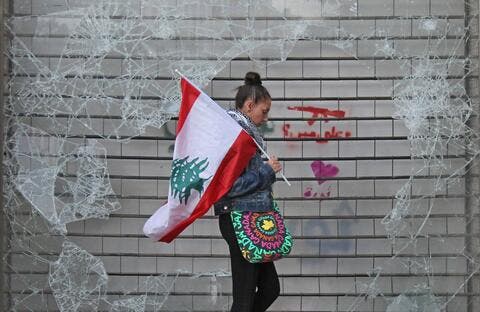 This is while the Minister of Foreign Affairs Abdallah Bou Habib is a trained economist with a Phd from Venderbilt University in Nashville and worked with the World Bank. His foreign relations is extensive having worked as Lebanese Ambassador in Washington between 1983 till 1990.

In the present cabinet military men, medical doctors, judges, a member of the State Shura Council, a journalist, a pharmacist, dentist and an engineer – all from top universities including MIT from the United States. It’s a sort of hodge-podge of professional background with people chosen as experts in their fields. One criticism however, is that they are drawn from different political parties and movements like Hizbollah, Amal, Free Patriotic Movement, Progressive Socialist Party and the Lebanese Democratic Party.

But no matter for this is Lebanon. At least the major hurdles to tackle the crisis will start to be moved although cynics are still unhappy but in Lebanon it is you got what you got and try and live with it. The situation has never been as bad as it is today and if tinkering would do the trick then why not. At least the meltdown can be reverted.