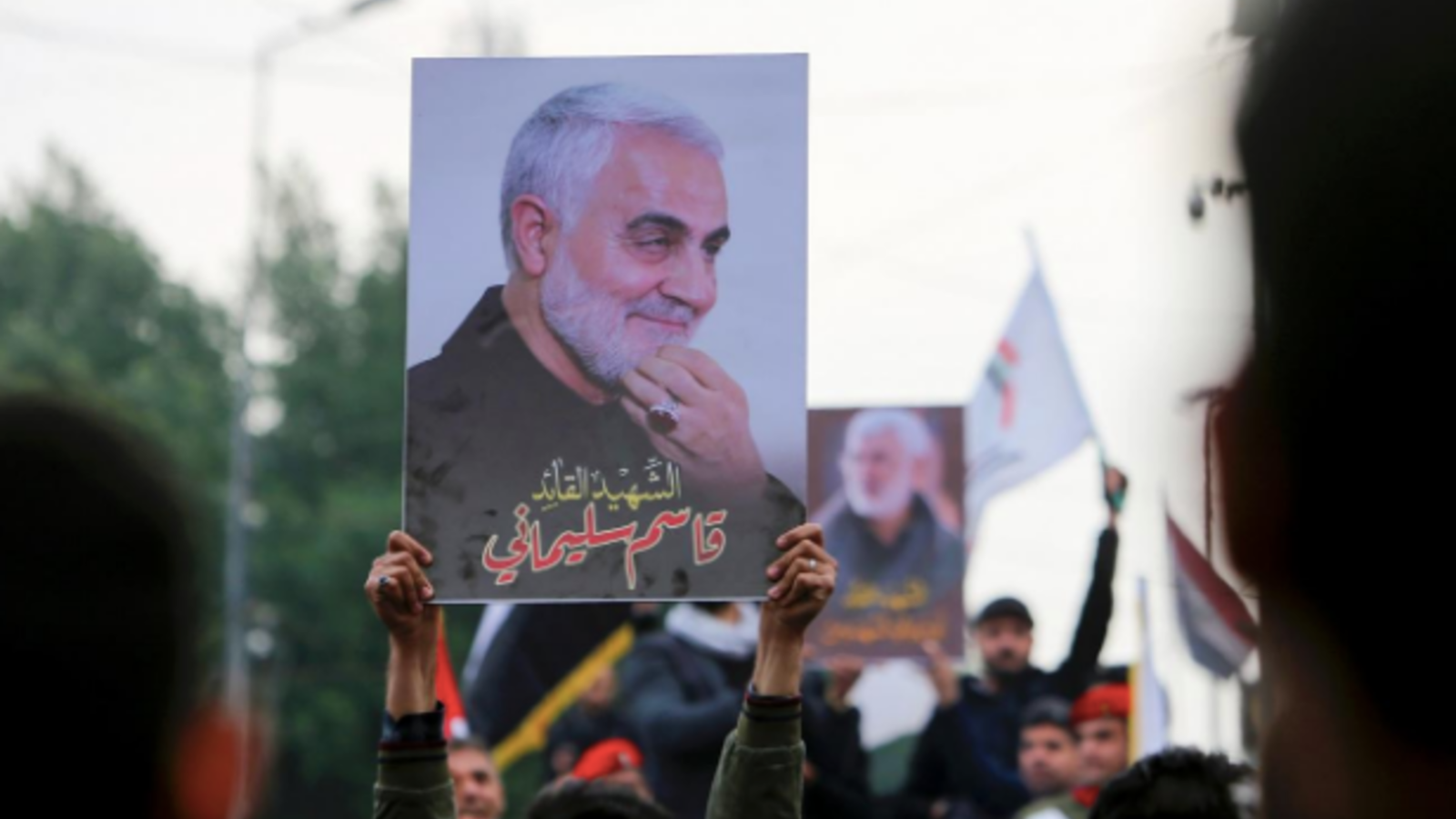 Soleimani (AFP File Photo)
Highlights
To the outside world, Suleimani was the mastermind of the regime’s terrorist activities outside Iran, and the puppet master of its proxies across the region, not least Hizbollah in Lebanon. Yet to Iranians, he was a more complicated figure.

The assassination by the United States of Qassem Soleimani, the commander of Iran’s Quds Force, was certainly a major escalation in the two countries’ long-running conflict. But it need not beget World War III, as some pundits are already predicting. Moreover, while the US may have achieved a short-term tactical advantage by killing Soleimani, the Iranian regime could yet benefit from recent developments.

Iran has been taking drastic steps to ameliorate the severe regional and domestic challenges it currently faces. For example, it recently confronted a sudden upsurge in Iraqi nationalist fervor over its influence in that country. Iran’s diplomatic outposts were burned, and its goods boycotted. Even the Iranian-born Ayatollah Ali al-Sistani, Iraq’s highest Shia cleric, has spoken out against foreign, meaning Iranian, interference in Iraqi affairs.

In a clear effort to divert this anti-Iranian sentiment, Soleimani’s allies in Iran, particularly the newspaper Kayhan, a mouthpiece for Iranian Supreme Leader Ayatollah Khamenei, suggested in October that Iraqis should occupy the US embassy in Baghdad. Iran needed to change the discourse in Iraq by redirecting nationalist fervor toward the US. And in the event, the conversation in Iraq has indeed changed following the drone strike on Soleimani: many Iraqis are now wondering not when Iran will leave, but when the US will.

Meanwhile, Iran has also been dealing with a significant domestic challenge. The regime has moved with shocking brutality to repress massive demonstrations over deteriorating economic conditions, killing several hundred people and arresting thousands more. Since then, Khamenei has been besieged, drawing criticism even from his traditional base over his mishandling of the situation. As with the explosion of discontent in Iraq, he needed a way to change the story, and the US has now temporarily obliged.

To the outside world, Suleimani was the mastermind of the regime’s terrorist activities outside Iran, and the puppet master of its proxies across the region, not least Hizbollah in Lebanon. Yet to Iranians, he was a more complicated figure. While regime hardliners regarded him as a hero, many Iranians who have lost loved ones in peaceful demonstrations, or who object to the regime’s attacks on Iranian dissidents in the diaspora, saw him differently.

Nonetheless, over the past few years, the regime has pushed a clever public-relations campaign to depict Soleimani as a Napoleon, or Caesar-like warrior-poet. And as one of the few Islamic Revolutionary Guard Corps commanders not tainted with allegations of corruption, he was mooted as a likely presidential candidate in the next election. Thus, inasmuch as there was public sympathy for Soleimani, it will now extend to the regime, at least in the short run.

Before these latest developments, Iran, increasingly isolated internationally, was looking for ways to flex its muscles on the world stage. In December, it held its first-ever joint naval operations with Russia and China, and officials have announced plans to lease the port of Bushehr to Russia.

It is hard to overstate the long-term strategic implications of a robust Russian and Chinese naval presence in the Gulf, given that these two counties are the most likely to challenge the US in the years and decades ahead. With the change in mood following Soleimani’s death, the Iranian regime has a window in which to consolidate its ties with both.

To be sure, in prodding its Iraqi proxies to swarm the US embassy, the regime clearly overplayed its hand and underestimated US President Donald Trump’s willingness to respond with force. But by targeting Soleimani, the US, too, might have miscalculated, by underestimating Iran’s own ability and willingness to respond. Given the state of the economy and the level of discontent in Iran, Khamenei must keep the IRGC and loyal militias firmly on his side. And right now, those forces are clamoring for revenge. For Khamenei, then, the key will be to find a response that is forceful enough to satisfy his base, but not provocative enough to incite full-scale escalation.

For its part, the Trump administration has been operating under the assumption that the Iranian regime is so bereft of legitimacy and enfeebled by domestic discontent that it could never countenance a major war with the US. And this dangerous assumption has been reinforced by Trump’s own oft-stated belief that a war with Iran would be very short. But, in fact, the Iranian regime has deep cultural, economic and intelligence ties throughout the region, and particularly in Iraq. It has mastered the art of asymmetrical war, and it now has no choice but to respond in some way to Soleimani’s death.

One hopes that their domestic woes and deep desire for self-preservation will lead Khamenei and his government to embrace symbolic acts of retaliation, rather than escalatory measures. And one hopes that the US, too, will act with strategic prudence in responding to Iran’s next move. Otherwise, we could end up with a war that almost no one wants, and for which the endgame would be entirely unpredictable.

Abbas Milani, research fellow and co-director of the Iran Democracy Project at the Hoover Institution, is director of Iranian Studies at Stanford University. ©Project yndicate, 2019.
www.project-syndicate.org