Women Read The Quran But Can't Not Recite it! 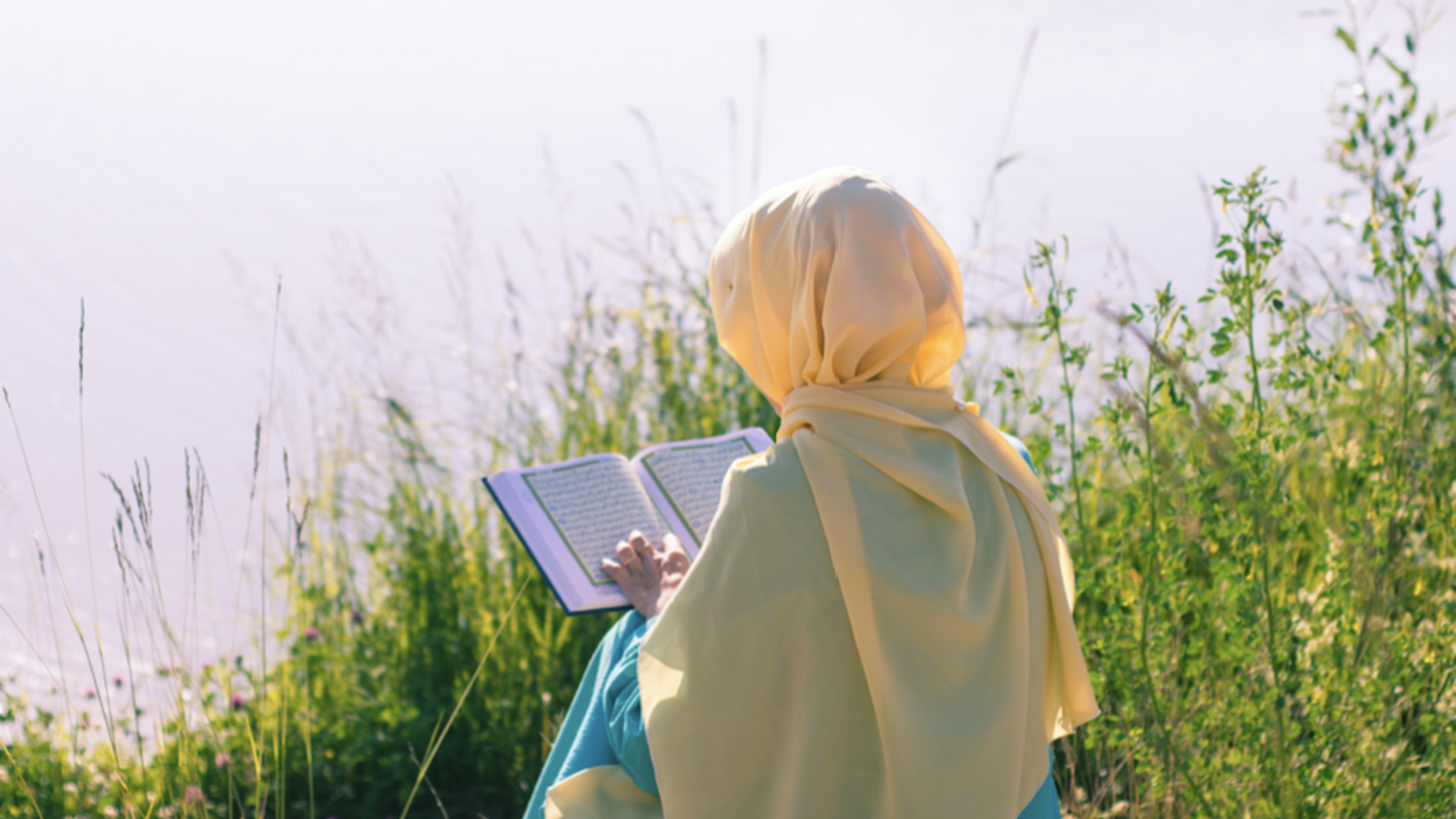 (Shutterstock)
Highlights
Although, as an adult I'd chafed for years at the size of women's spaces in the mosque; an afterthought compared to the men's, it never even occurred to me to ask why I had never heard a female recitation of the Quran.

A few months ago, I heard Madinah Javed recite 'The Morning Brightness' from the Quran, on BBC Radio 4.

I was moved to tears.

My experience of recitations growing up were the Islamic cable channels in the background at my grandparents' house, recitations on the radio during Ramadan, or more recently on Quran apps and at the local mosque, hearing the always male Imam through a partition from the women's area.

Although, as an adult I'd chafed for years at the size of women's spaces in the mosque; an afterthought compared to the men's, it never even occurred to me to ask why I had never heard a female recitation of the Quran. I had just subconsciously accepted it as something that was not meant for me. But there was an unspoken and heavy guilt that I rarely - if ever - felt any connection with the recitations.

The familiar warm sound of my mother murmuring the Quran, or the girls recitation at study circles as a child seemed the closest I would get to a female voice reading the Quran, until Javed's recitation made me realise I should have been looking for more.

After hearing her on the radio, I scoured the internet for more recitations by women and found the then mezzo soprano trainee, Mai Kamal's, Adhan. The call to prayer was something else I had heard frequently throughout my life, but never by a woman.

Deemed one of the most beautiful sounds in the world for Muslims, the Adhan has often left me unmoved, a shocking and almost blasphemous thought, to me. But Kamal's voice made me realise it wasn't the Adhan itself I had trouble with, but the acceptance that it would never be a woman calling it.

Although I've only recently come to realise we should be pushing for female reciters, others have been campaigning for many years. Back in 2015, Jerusha Lamptey, associate professor of Islam and interreligious engagement at Union Theological Seminary, started the hashtag camapign #AddAFemaleReciter to protest the lack of women reciters on all of the Quran apps.

Despite this, it was only last year that the Quran-Afrilang app launched on Android as the first app to include female reciters, and since then there has not been much improvement.

In the West and specifically in the UK, female recitation of the Quran in public is extremely rare, which perhaps explains why I and others are unaware of it. In Indonesia and Malaysia, however, it's far more commonplace. A Malaysian reality TV show was even launched back in 2011 for women to compete as the best female preacher.

But here in the UK, it's almost unheard of for a woman to lead a call to prayer, or recite the Quran for men and women in British Mosques.

Madinah Javed has often spoken about this issue and called for the normalisation of more female reciters. Apart from on the BBC, she has also recited at events such as the opening of the British Museum's Albukhary Foundation Gallery of the Islamic world, and at St Mary's Cathedral in Glasgow which not only platforms female recitation of the Quran, but also brings recitation to a wider audience.

This has been met with the expected Islamaphobic backlash, but it's important to note that female recitation can face stigma within the Muslim community, too. It is telling that the first time I heard a female reciter wasn't on one of the many Islamic channels, at a local mosque or on a Quran app, but through the BBC.

Many people I spoke to remarked that they would like to have more female reciters but didn't see how it was possible. Discovering reciters such as Javed, Tahera Ahmad who was the first woman to recite the Quran at the Islamic Society of North America Convention, Egypt's Sumaya Abdul Aziz Eddeeb, and Zahra Hani of Algeria who won the Dubai World contest of the Quran, illustrates that it isn't that we lack female reciters, it is that they are not platformed even a fraction as much as their male counterparts.

During the month of Ramadan, Muslims all over the country will be listening to the Quran through many different mediums, and many in the UK will not have the option of listening to a female reciter.

How important is this? For me personally, hearing Javed's recitation was revolutionary. I can't go back to listening to male recitations and questioning why I don't feel spiritually connected to the sound. I'm now very much aware of the needless lack of representation and inclusivity.

As Omid Safi, professor of Asian and Middle Eastern Studies at Duke University put it: "The recitation of the Quran is to be celebrated in every voice. When we exclude the voice of women, we are depriving all of us of half the possibility of experiencing God."

Aniqah is a freelance journalist based in Manchester. Her work has appeared in The Independent, gal-dem and Exeunt Magazine. She also writes fiction and poetry and has been published in several anthologies.