Published December 20th, 2021 - 06:57 GMT
Many might not like his attitude and slightly offensive responses, but no one can deny that this is a man who has done so much, and deserves a standing ovation for his success! (shutterstock)

When naming some of the richest and most successful people worldwide, one can easily mention the outstanding ideas and ventures that lead these people to success. However, when it comes to someone like Elon Musk, things are not as easy. From the internet and artificial intelligence (AI) to space and sustainable energy, Elon Musk seems to have ventured it all. Therefore, it might not be surprising for some that Elon Musk has been named as 2021 Person of the Year by both TIMES and Financial Times. 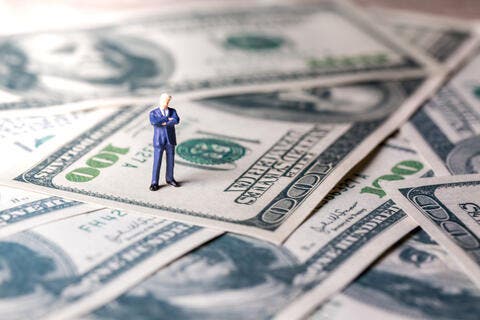 Changing the Face of the Automobile Industry

Musk has revolutionized the automobile industry when he proved to everyone that electric cars are as efficient and comfortable as conventional ones. Tesla had the largest market share of electric vehicles worldwide in 2020, and is currently ranked as the most valuable automotive brand of 2021. And even though some have called Musk a fool for his interest in EVs, many companies have quickly followed suit and started to introduce electric cars.

Bringing Outer Space Closer Than Ever Before

But Musk is known for much more than just his success as the forward thinking ambitious founder of Tesla, because his startup SpaceX also took the world by storm. In May 2020, SpaceX reopened the doors to launching astronauts to orbits again after nearly a decade. That was only the beginning of a series of successful space travel that might just bring Musk closer and closer to his dream of getting to the Moon and Mars. The leading aerospace company also launched an astronaut-free Falcon 9 this year with tourists on board for 3 days in orbit!

It seems that if you want something to become popular then all you have to do is attach Elon’s name to it!

The business mogul also has a great interest in cryptocurrency that he recently said he will accept Dogecoin as a means of payment at Tesla.

Following Musk’s announcement Dogecoin surged about 23% last Tuesday. This does not come as a surprise as it is not the first time the cryptocurrency soars in popularity following a tweet by Musk.

Many might think that becoming the richest person in the world might make someone disregard the environment and world. However, Elon Musk is the complete opposite of that because he believes in the importance of having a sustainable future. In order to do so, Musk suggests the need to turn to sustainable energy. In fact, it is reported that Tesla is expanding its storage business in Texas.

Tesla is plugging a secret mega-battery into the same Texas power grid that faltered in February's freeze.

Furthermore, Elon Musk also aims to power a whole neighborhood in Austin, Texas by solar energy. Not only is this a way to protect the environment and make use of sustainable energy, but it can make housing more affordable.

In addition to his interest in space, electric cars, cryptocurrency and saving our planet, the business titan also has ties to the world of AI. Through his non-profit AI research lab, OpenAI, he wants to ensure that technology is used for the benefit of humanity and not against it.

With his ambition and aspiration to create change and achieve his goals, Musk seems to put quite the pressure on his employees. Some employees even report that he sets unrealistic goals, might disregard the hard work of his employees if it was not up to his high standards, and that some of his employees were afraid of him! Nevertheless, Elon’s intelligence, ability to think outside the box and take on new challenges and risks are great qualities that help make his employees better. You know what they say, nothing is ever really perfect.

But Trouble Can Follow The World’s Richest Person too..

It is no secret that Musk has had his share of haters over the years, and even competitors. From his rivalry with Bezos to his sarcastic tweets, Musk sure knows how to make people angry at him. 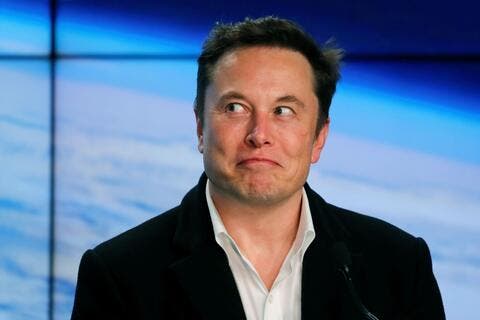 If you ask me, being hated has given him a free one-way ticket to making himself and his businesses well-known!

While his acts bring him a hater or two, that is not all that Musk has to worry about when it comes to having trouble. Earlier this year, it was reported that Tesla is under investigation because of its cars hitting emergency vehicles while on autopilot. The biggest taxi firm in Paris, G7 taxi, even suspended using Tesla’s Model 3 after a serious accident that took place last week in the French capital.

Ultimately, the tech, innovative and entrepreneur titan has played a revolutionary role in many different industries. His willingness to take risks, push boundaries and do things others might not dare do has played greatly in his favor, and maybe even ours. The fact that more and more companies are turning to EVs and cryptocurrency is gaining popularity is proof that he did in fact succeed in making something out of himself. Many might not like his attitude and slightly offensive responses, but no one can deny that this is a man who has done so much, and deserves a standing ovation for his success!