Qatar Airways has been named Airline of the Year for 2021 by AirlineRatings.com, the world's only safety, product and Covid rating website. 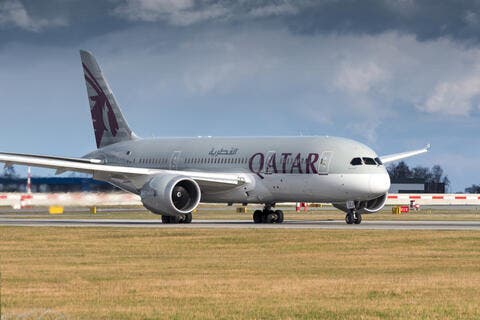 Qatar Airways is being honoured for its multi award winning in-flight innovations, commitment to global travellers during Covid-19, operational safety, pursuit of excellence and environmental leadership.

These many factors have stamped the airline as a clear industry leader.

AirlineRatings.com Editor-in-Chief Geoffrey Thomas said: "In our objective analysis Qatar Airways came out number one in virtually all of our audit criteria, which is an exceptional performance."

Qatar Airways Group Chief Executive Akbar Al Baker said: "on behalf of all of us at Qatar Airways, thank you for this distinguished recognition as Airline of the Year for 2021."

"Receiving the Airline of the Year award for 2021 is particularly special for Qatar Airways. Over the past 16 months we have witnessed some of the darkest days ever seen by the aviation industry. Yet, when so many other airlines stopped flying, Qatar Airways continued to operate and stand by our passengers," Al Baker added.