Published August 18th, 2021 - 07:00 GMT
The Famous online dating app, Tinder, has announced the expansion of the ID verification feature, which was rolled out only in Japan in 2019, accessible for all its users. (Shutterstock)
Highlights
Here is a brief recap of all the latest tech headlines

In Tech This Week, we cover the Afghanistan turmoil from another perspective where social media apps seem not on the same page when it comes to pro-Taliban content. 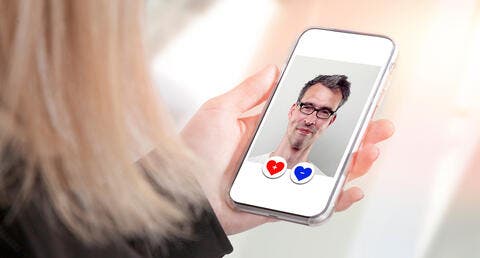 On a lighter note, the online dating giant, Tinder, is stepping up its game with a new feature that will put an end to online catfishing.

Facebook's app Messenger is rolling out end-to-end encrypted voice and video calls along with some updates that allow more options for disappearing messages.

From new apps updates and releases to video games' latest news, check out our very own handpicked roundup of the biggest and most important tech stories:

Facebook:
Facebook has designated the Taliban as a terrorist group and dedicated an Afghan experts team to closely monitor, delete and ban all supporting content linked to their terror in the war-ravaged nation. This ban applies to all Facebook's products and Sister companies like Instagram and WhatsApp, however, the latter has reportedly blocked an emergency complaints helpline set up to report all looting and violence done by the Taliban, according to The Financial Times.

Alphabet Inc's YouTube has announced the ban of all accounts that are believed to be owned or operated by the Taliban.

Unlink Facebook, Twitter has refused to prohibit the Taliban group from using its platform, saying that their role is to “continue to proactively enforce” its rules outlawing the “glorification of violence, platform manipulation, and spam.” Many have called Twitter's policies into question for letting Taliban spokesman tweets away while keeping Former President Trump out of Twitter.

TikTok also promised to keep a close eye on any pro-Taliban support to them and is actively removing it.

The famous online dating app, Tinder, has announced the ID verification feature, which was rolled out only in Japan in 2019, is now accessible for all its users.

At first, the ID verification process will be voluntary for members, except where mandated by law. Later on, it will be mandatory to all users. It's worth mentioning that Tinder has gathered a legal team to determine “what documents are most appropriate in each country”, the announcement reads.

According to TechCrunch, the tech giant will link the ID verification to cross-reference data like the sex offender registry in regions where that information is accessible.

Facebook’s Messenger has announced the launch of new features that allow end-to-end encrypted voice and video calls, as well as updated controls for disappearing messages. 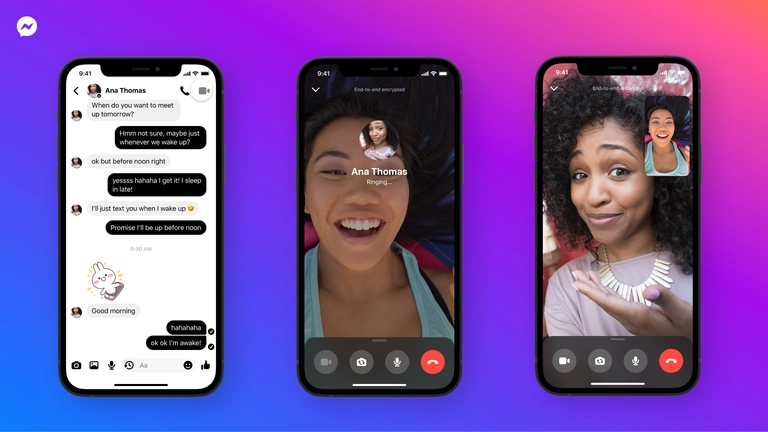 This means that nobody, including Facebook, can read or listen to what’s sent by users while making calls or texting as all messages are protected in end-to-end encryption from the moment it leaves the caller device to the moment it reaches the receiver’s device, the company promises. 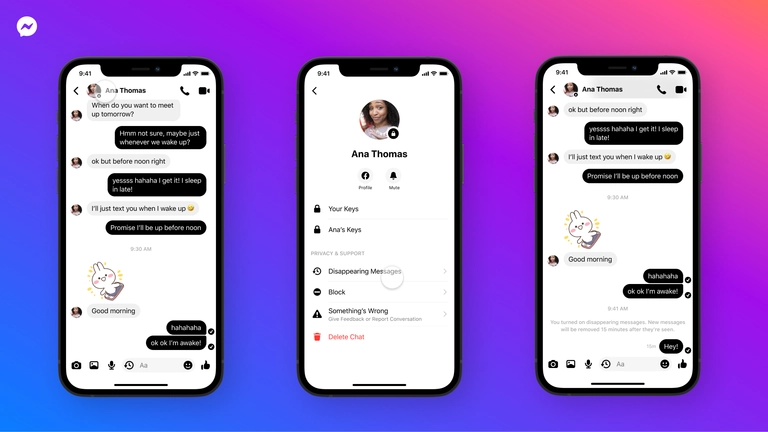 Moreover, the Facebook-owned chatting app has also updated users' controls over disappearing messages, a feature that allows users to decide when their messages expire in the chat. With the new update, users have more options in choosing the amount of time to let the messages live, ranging from as few as 5 seconds to as long as 24 hours.

Facebook-owned instant messaging platform WhatsApp rolled out payments backgrounds to upgrade and personalize the experience of money transfers on its platform built exclusively for India.

WhatsApp has teamed up with The National Payments Corporation of India (NPCI) and Unified Payment Interface (UPI) to deliver this Indian-first, real-time payment system that enables transactions with over 227 Indian banks with no fees.

Users can link their bank account just once to send and receive money on WhatsApp from anyone who uses UPI-based apps.