Published May 6th, 2021 - 10:00 GMT
After getting himself banned from almost all social media ever existed, the former US president finally launched his own platform where he can’t obviously be blocked. (Shutterstock)
Highlights
Here is a brief recap of all the latest tech headlines

Donald Trump decided to hunch back to the world of social media after being banned from every platform with a self-dedicated blog leaving no room for comments but for himself! 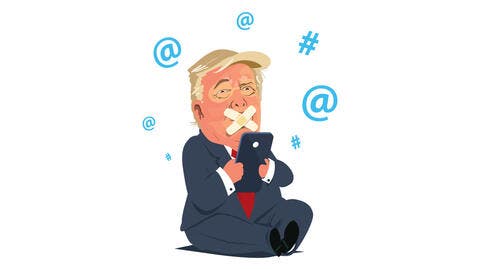 Tech This Week:Trump to Launch His Own Social Media Platform, Clubhouse Coming to Android Soon

Also in this week in the tech world, Facebook marked the Mental Health Awareness Month by connecting people to mental health resources around the world to facilitate getting the support people need for themselves and others who might be struggling.

On a side note, Twitter celebrated #WorldPressFreedomDay with a new campaign to shed the spotlight on advocating for a free press around the world.

From apps launches and updates to video games and consoles, here's the gist of all that you might have missed!

After getting himself banned from almost all social media platforms, the former US president finally launched his own platform where he can’t obviously be blocked. 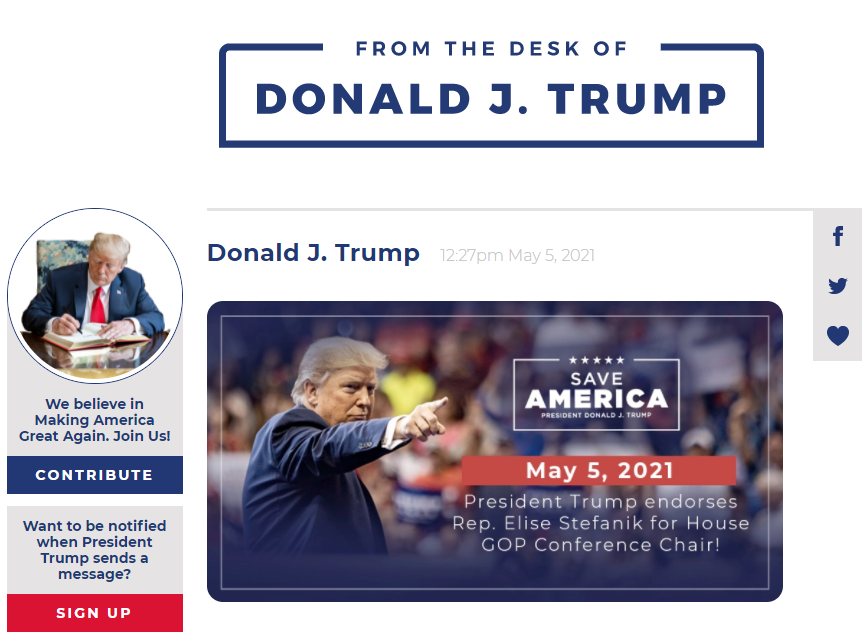 According to Albawaba, the platform dubbed as "From the Desk of Donald J. Trump" appears on America's 45th president website and per its name, this platform is a ‘one-way communication’ allowing him to post comments, images, and videos with no reply or engaging feature for the audience.

Now you can add a captions sticker in Stories (coming soon to Reels) that automatically turns what you say into text.

We’re starting in a handful of countries and hope to expand soon. pic.twitter.com/OAJjmFcx4R

According to Social media today, this feature will add auto-generate text captions based on the audio input and is now available in the latest version of the app.

In celebration of free press day, Twitter announced the rollout of its Clubhouse-like Spaces feature to all users’ accounts with over 600 followers on both iOS and Android.

Twitter Spaces is rolling out to more people! now everyone can tap in to join a Space and more of you can host pic.twitter.com/ReSbKTlDCY

Twitter explains in the announcement: ‘From Tweeting to talking, reading to listening, Spaces encourages and unlocks real, open conversations on Twitter with the authenticity and nuance, depth and power only the human voice can bring. Spaces are for small and intimate conversations with just a few others, or for big discussions about what’s unfolding right now with thousands of listeners.’

When creating a space, Users will control who’s speaking, the topics, and can also invite people to jump in by Tweeting or DM’ing them asking them to join.

Also, Twitter launched a campaign called #FollowLocalJournalists on Twitter to spotlight these reporters’ work and increase their audience

To mark the beginning of Health Awareness Month, Facebook dedicated a whole new section in its platform to raise awareness on mental health.

To kick off Mental Health Awareness Month we have a fantastic resource to share with you!  Facebook has launched...

In this section, Facebook gathered resources from experts to take care of users’ emotional health or find help for a friend with self-help tips and ways to manage stress.

Earlier this year, Facebook-owned messaging app, WhatsApp, has announced a controversial update to their privacy policy that allows the app to share more data with Facebook. Of course, this caused a huge exodus from WhatsApp and the mass migration to other apps like Telegram and saw the rise of another app; Signal. 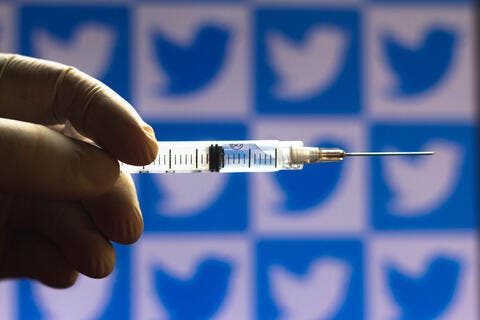 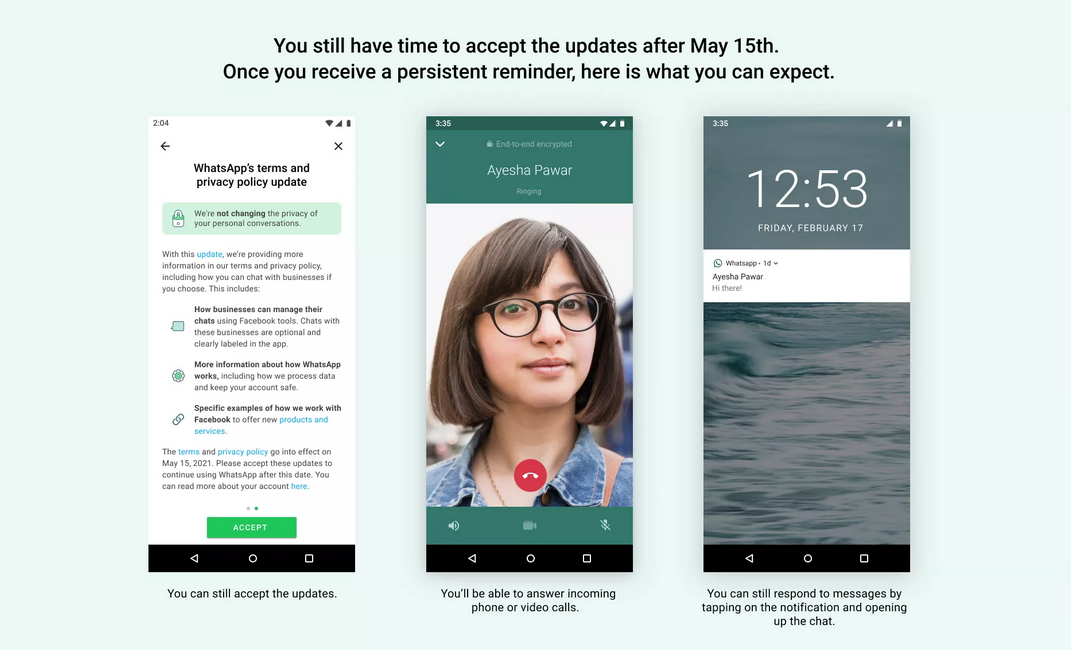 However, it seems like WhatsApp has changed its mind and announced that users who don't accept the new policy won't experience any loss of functionality right away, the FAQ now reads. But users will have to accept them eventually as after several weeks, a persistent reminder will appear and the functionality will be limited on WhatsApp until you accept these updates.