Published December 13th, 2021 - 07:00 GMT
Earlier this month the UAE government announced that its public sector’s working week will only be 4 and a half days starting January 1, 2022. (shutterstock)

The transformative changes and roller coasters that the world has been going through these past few years made people shift their focus onto what really matters. For businesses and leaders, this meant taking a step back and evaluating the wellbeing of their employees. But can this shift in perspective be the reason countries like Iceland and UAE are reducing their work week? And if yes, does the benefit extend to the country’s economy as well?

Earlier this month the UAE government announced that its public sector’s working week will only be 4 and a half days starting January 1, 2022. Not only that, but the government has also stated that the weekend days will also change!

Like many other countries in the region, the UAE has had its weekend on Fridays and Saturdays, however, this all changed when the country announced the new 4.5 working days. With Friday working hours starting from 7:30 AM until 12:00 PM, the new weekend will start on Friday afternoon and include Saturday and Sunday as well.

The emirate of Sharjah was the first to announce that it will in fact transition to having 4 working days and a 3-day weekend starting with Friday. And while one cannot deny that this is some great news for governmental employees, we should also dig a little deeper on the impact such a decision will have on UAE’s economy, international markets and business activities.

Conversations around the number of working days and weekends go back to the 1960s, says BBC. And with more and more advancements being introduced over the years, technology has made it easier for us to do more work in less time.

Nevertheless, the world has still been following the same 8 hours and 5 working days/week approach for decades now, which can lead to burnout and demotivation. In fact, the pandemic has allowed people to see how important it is to have a work-life balance and this is exactly what shorter working hours mean. Research shows that reducing the number of working hours increases the productivity, motivation and overall well being of employees. This is one of the many things that the UAE had in mind when introducing this new norm of work. By taking into account the importance and necessity of a work-life balance, government and businesses will yield better outcomes from their employees.

The reality of things is that such a major choice entails more effects than just an increase in employees’ productivity. The UAE is one of the leading countries not only in the region but also worldwide, and with that comes trading with international markets that follow a different weekend. In addition, UAE was also ranked as the 13th best country to work for in the world, with Dubai and Abu Dhabi holding the third and fifth places when it comes to cities, respectively.

Therefore, transitioning to a weekend that is more aligned with international markets and economies means that business and transactions can be carried out in a smoother and more aligned manner.

Such a decision will also make a country that already houses more than 80 nationalities and has a higher population of expatriates than UAE nationals, much more appealing for the global workforce, entrepreneurs and some of the world’s top talents. By aligning with global markets, what UAE is essentially doing is showcasing itself as a dynamic and innovative country that cares for both the success and well being of its people.

In general, by transitioning to a Saturday-Sunday weekend, the UAE is bringing itself in closer alignment with global norms, and sectors like travel, tourism and hospitality will benefit consequently. Furthermore, multinational companies that want to move into the region will most likely go for the UAE now and thus help boost the country’s economy.

When it comes to banks, which are the center of all financial trades and transactions, UAE banks will now become stronger competitors and participants in the banking sector. In addition, being in alignment with real time trading and stock markets will help create better trading opportunities for the country. Working on the same days as global banks and businesses means that the UAE is making itself much more apparent and in return creating stronger business ties and economic competitiveness. 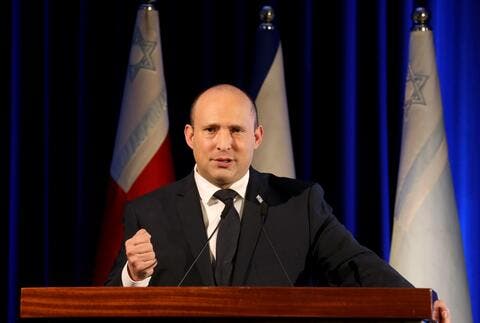 Ultimately, this transition will help the UAE gain competitive advantages and reflect the flexible and secure work-life balance the country offers its citizens and people. An increase in a country’s economic growth will result in a better stock market, trading opportunity and overall profit.

Back in 2006, the UAE was the first country in the GCC to change its weekend from Thursday-Friday to Friday-Saturday. However, soon after in 2013, Saudi Arabic followed suit and then the rest of the gulf. With that being said, this can be an opportunity for other countries in the region to see the benefits that the UAE will rip from such a transition and whether or not they will follow in its footsteps or not.

Either way, this can be a great global experiment for the world to understand what this decision entails and the trends it will help the region as a whole develop.