How Much Did She Pay? Kuwaiti Woman Buys Burcu Biricik's Wedding Gown From Camdaki Kız

The wedding dress worn by Turkish actress Burcu Biricik in the last episode of Camdaki Kız "The Window Girl" series was admired by the audience, especially viewers in the Arab world. 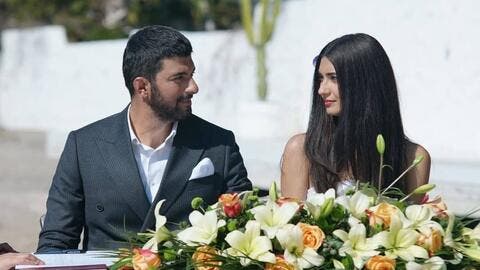 According to a number of Turkish websites, women began to inquire about the dress, like the identity of designer and sales venues, to the point that requests poured in, and the boutique was forced not to answer the phone due to high demand.

Among the women who managed to get the dress was a Kuwaiti lady who bought it for $5,155.

It was later revealed that the designer behind the statement dress is Hacer Özil, owner of Beyaz Butik, and she added that requests for the design has significantly increased after the episode was shown.

Özil also stated that the dress was specially designed for the character Nalan İpekoğlu played by Turkish actress Burcu Biricik, and that the actress was constantly visiting her for fitting measurements.

According to the fashion designer, she used mikado silk, which are highly sought after by royal families around the world.

And because of the simplicity of the off-shoulder dress, Hacer Özil was keen to make the veil different and eye-catching, so she had it studded with Swarovski stones along with the tiara. 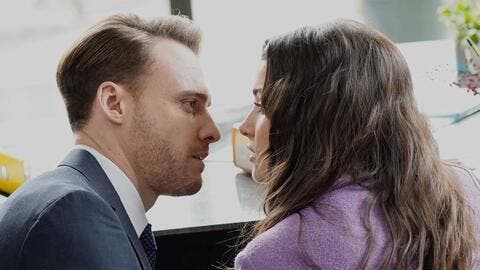 The dress was sewn by a large number of professionals who made sure to design a dramatic tail up to 4.5 meters in length, to add a distinctive touch to the general look of the dress.