In an exclusive interview with Hikayede Kalmasın (Don't Stay in the Story), Turkish actor Kerem Bürsin has touched down several topics, such as career, relationships, hobbies and family. 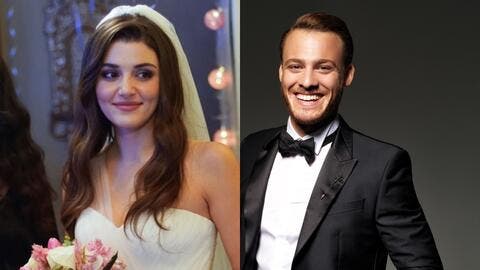 Kerem Bürsin, who declared his love in Maldives to Hande Erçel, an actress like himself, talked about their relationship.

Bürsin said: "We had not met before, we are talking about the first day we met, we came together because of work. We turned from friends to close friends, and we supported each other in difficult times. After a point, of course, 'God, I wonder?' We said. We are lucky. I am lucky to be with Hande."

The Turkish beauty was asked by one reported "Do you think about marriage?"

Hande responded: "We are just doing our job right now. We have a pleasant relationship" without denying or confirming the news, leaving the door open for speculations that there might be a marriage and wedding in the future.

As for Kerem's family, he said in the interview that his father Pamir Bürsin did not want him to pursue a career in acting.

"My family never focused on being famous. Rather, they did not want me to suffer the difficulties of this profession in my life. My father never wanted me to be an actor. My mother always supported me, but at the end of the day, they all respected my decision. I am very happy with the current situation. I am extremely lucky. As a child, I'm doing the job that I dreamed of."

Bürsin also revealed that he has great interest in football. 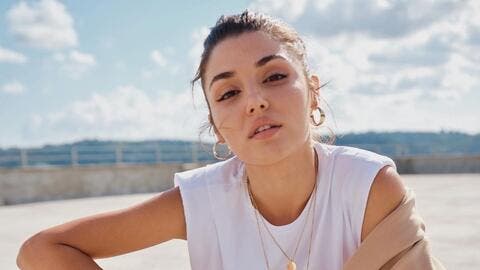 "I am from Galatasaray. Beşiktaş deserved the championship this season. I also have sympathy for them. I think we should continue with Fatih Terim as a coach. I love Fatih Terim very much. He is a very successful and respected coach."

And when Kerem was asked "Are you a macho? Do you interfere with your lover's outfit?"