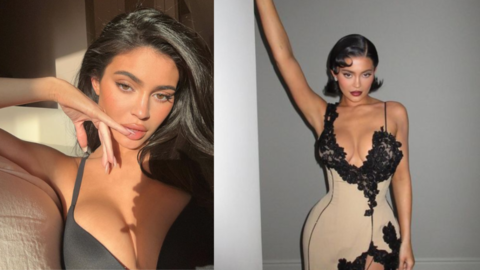 Kylie Jenner and Travis Scott's other child is called Stormi.

When Aire was born, the beauty mogul and the rapper decided to name their new-born, "Wolf," but Jenner later told her followers that the couple will change the name because both felt it did not mesh well with his personality. 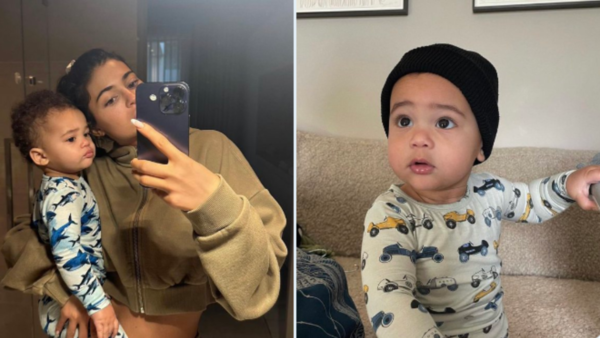 Earlier his week, Jenner shared Aire's pictures for the first time with her Instagram followers, announcing his altered name in the caption.

But some were unhappy with the name, especially fans in the Arab world. They sarcastically argued that Aire means the male's private organ in Arabic.

Aire means penis in Arabic. Kylie what have you done 🤣🤣 https://t.co/ZPurBQvBPm

One fan retweeted the news for Jenner's son's new name. He wrote: "Aire means penis in Arabic. Kylie, what have you done?" 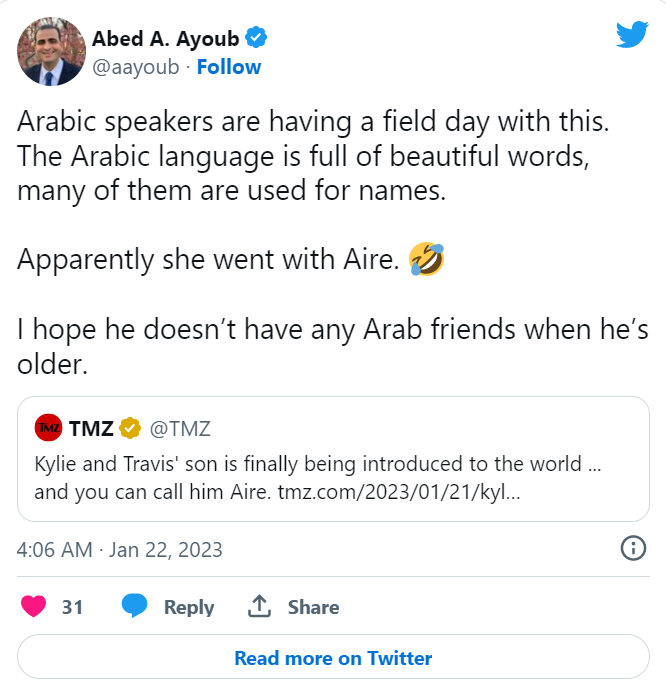 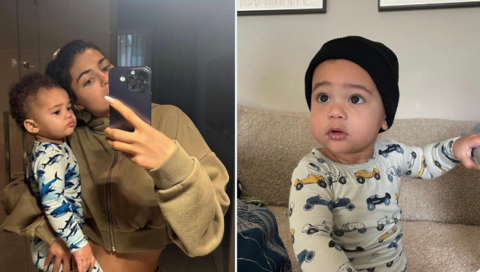 Another fan wrote: "God help her if she comes to the Middle East," while another said: "all my Lebanese people are wheezing right now."

Twitter was flooded this week with warnings to Jenner that her son's name, in the Arabic slang, meant "Pen*s."

Now, fans are hoping that when Aire is older, he doesn't have Arab friends, so he can avoid the cynicism.

US to deliver long-range missiles to Ukraine

Why did President Bush want to get rid of Arafat?