Even though Kanye West is now dating Julia Fox , he is still clearly still hung up on his estranger wife Kim Kardashian. 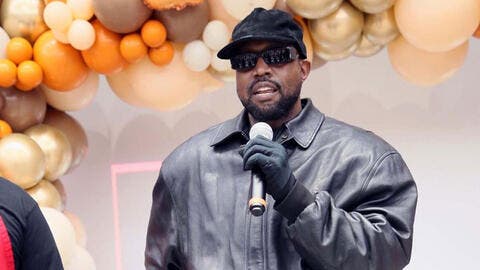 Kanye West Believes That God Will Reunite Him With Kim Kardashian

In a new leaked audio, Kanye dissed Kardashian's new boyfriend Pete Davidson by adding this lyric to the song 'My life was never easy, God saved me from the crash so I can beat Pete Davidson's ass'

In the lyrics, the rapper referred to his 2002- near-fatal car crash the forced his jaw to be wired shut.

Earlier, Kanye west professed his desire to get back with the former reality star, as last month he finished an outro for his song 'Runaway' with 'I need you to run right back to me, more specifically Kimberly.'

However, it looks like Kim is 100% sure she is not getting back to the 'Flashing Lights' singer, as she continued to date SNL star Pete Davidson, she even filed to be declared legally single and remove 'West' from her last name as part of their divorce.

Meanwhile, West, who now goes by the name 'Ye' is now a suspect in a misdemeanor battery investigation for 'punching a fan' outside a club in West Hollywood.

2022 Career Predictions: Check Out Your Horoscope

Laptop Buyer's Guide: Here's What to Consider When Buying A New Laptop