On Friday, the US Supreme Court ruled in favor of a court's decision to overturn Roe V Wade. 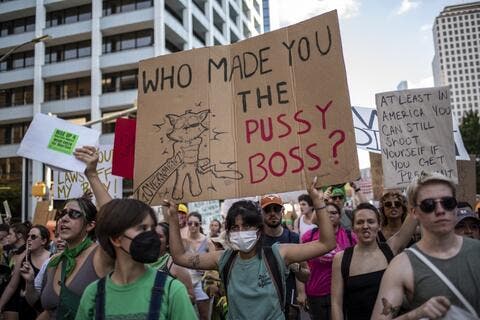 And now, the court has ruled there is no constitutional right to abortion in the United States, upending the landmark Roe v Wade, case from nearly 50 years ago in a rare reversal of long-settled law that will fracture reproductive rights in America.

Earlier over the weekend, the rock band performed a concert in London, at the London Stadium, Armstrong informed the audience that he is 'renouncing his citizenship'.

“F*** America, I’m f***ing renouncing my citizenship,” he said. “I’m f***ing coming here. There’s just too much f***ing stupid in the world to go back to that miserable f***ing excuse for a country,” Armstrong added. “Oh, I’m not kidding. You’re going to get a lot of me in the coming days.”

This is not the first time Green Day opened up about their thoughts on political aspects regarding the US, as the rock band released a song titled 'American Idiot' in 2004 where they took aim at the post 9/11 media landscape in the U.S.

Another time was when Green Day performed at the 2016 American Music Awards.

During a performance of their song "Bang Bang," the band broke into a fiery chant that criticized the election of then-President Donald Trump. "No Trump, No KKK, No fascist USA," the band sang.

Since the ruling became public, a number of musicians performing at the Glastonbury festival have also used their platform to call out the decision.

Kendrick Lamar ended a show by sharing a statement in response to the recent Supreme Court ruling over Roe v Wade.

“They judge me; they judge Christ. Godspeed for women’s rights,”

what a performance @kendricklamar 👑
pic.twitter.com/tIOx38J2WQ 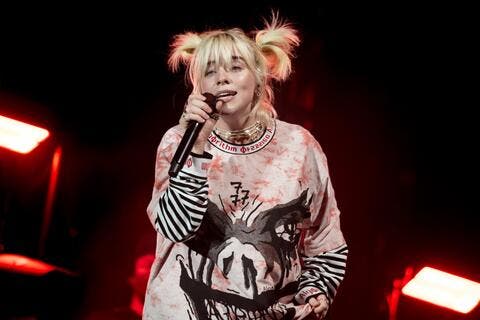 olivia rodrigo at glastonbury name dropping the justices of the supreme court who voted to overturn roe v wade “we hate you” and then singing fuck you by lily allen to them yea that’s my girl. pic.twitter.com/BueiLOApNx