'#Where is She?' Iranians Seek Answers Over Disappearance of Hijab-waving Icon 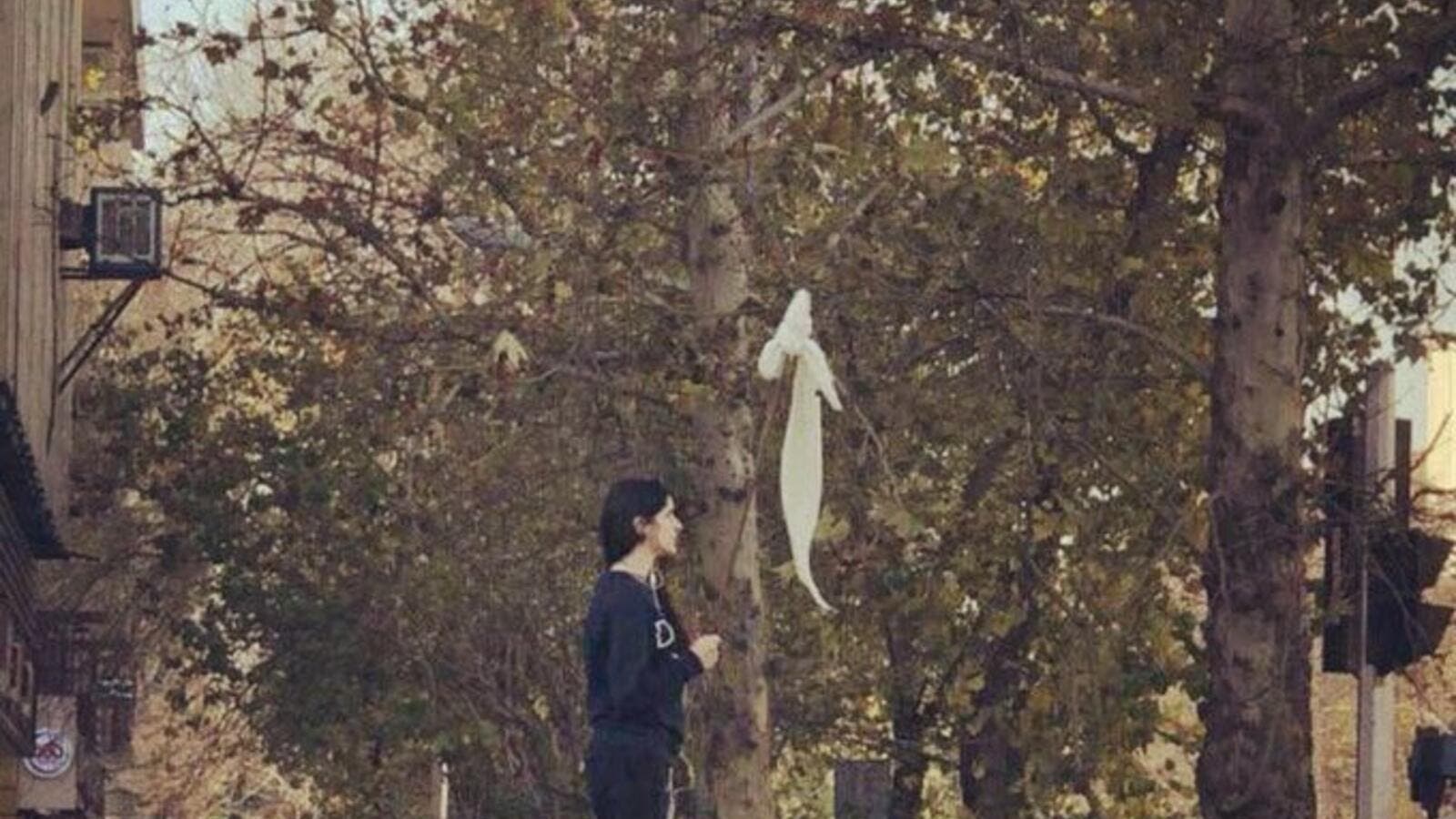 She was labeled a “symbol of defiance,” but now the Iranian activist who waved her hijab in protest last month has reportedly gone missing (Twitter)

She was labeled a “symbol of defiance,” but now the Iranian activist who waved her hijab in protest last month has reportedly gone missing.

Iranians have flooded social media with the hashtag “where is she?” demanding answers over her disappearance.

No one knows , what happened to the girl , who made a flag from her-own scarf, in Enghelab Street in Tehran! Her action was a peaceful “No” to mandatory Hijab!
She is symbol of courage to us ! #where_is_she #WhereIsShe #WhiteWednesdays #دختر_خیابان_انقلاب_کجاست pic.twitter.com/ZMQxRUaCZb

The unnamed woman was filmed flying her hijab as a white flag in an act of bold disobedience against Iran's obligatory head covering.

The footage was shared to social media by Iran-born secular activist Armin Navabi, with responses praising her as “brave” and a “hero.”

People in #Iran are asking for the whereabouts of the woman who took off her #hijab to protest the mandatory Islamic dress code using the hashtags #دختر_خیابان_انقلاب_کجاست and #Where_Is_She
She was reportedly arrested shortly after. #IranProtestspic.twitter.com/G6oKHIPA68

Many on social media have suggested that she was later detained by the authorities, along with hundreds more arrested during widespread protests which began late December.

Obviously #Iran regime is the culprit. Kidnapping, torturing, and killing its own citizens!”

Hailed as a “symbol” of the mass demonstrations, the iconic image of her silent demonstration has already inspired a number of artists.

Compulsory hijab wearing was introduced following the 1979 Iranian revolution. Late last month, however, Tehran police said that they would no longer arrest women for defying the rule.

The following depiction of her protest, in particular, has been widely adopted as a profile picture, emphasizing its poignance for many in Iran.

Her actions have even been replicated in copycat protests, including by campaigner Masih Alinejad, founder of “My Stealthy Freedom.”

Me alone but strong waving my veil in public, shouting freedom.U arrested the woman who waved a white headscarf in Enghelab Ave but we are all repeating her protest. together on #WhiteWednesdays we shout #Where_is_She
اعتراض شجاعانه اي ديگر #دختر_خیابان_انقلاب_کجاست pic.twitter.com/2kyB70OtQx

Since 2014, Alinejad has encouraged her considerable social media following to post videos of themselves without hijab in public.

In a tweet on Tuesday, she called out comments by the Iranian foreign minister. “Javad Zarif's tweets claim that Iranians are entitled to peaceful protest,” she wrote.

“On this #WhiteWednesday, we invite him to show us whether he stands by this remark by supporting women protesting compulsory veil. #Where_Is_She? Hers was a peaceful protest.”

In fact, according to historian Farian Sabahi, the young woman's hijab-waving protest was actually part of the “White Wednesday” movement, not the most recent socioeconomic demonstrations.

Started earlier this year by Alinejad, White Wednesdays asks women in Iran to wear white headscarves on Wednesdays in protest at the law.

As reported by Al-Monitor, Sabahi had written a piece for Grazia arguing that the recent uprising was not directly sparked by the question of the mandatory dress code. Rather, she said, women demonstrators had the same grievances as their male counterparts, including high prices and corruption.

Nonetheless, women’s rights continue to represent an important issue for many in Iran. It is for that reason that this anonymous woman’s defiant protest and apparent arrest has drawn so much attention and anger.