Dust Storms in Iraq Show That Climate Catastrophe is Here

Published May 19th, 2022 - 08:13 GMT
Displaced Iraqis, who fled Mosul due to the ongoing fighting between Iraqi forces and jihadists of the Islamic State (IS) group, arrive during a sand storm in the village of Gogjali, on the eastern outskirts of the main hub city, on December 2, 2016. (Photo by SAFIN HAMED / AFP)

Climate change is weighing heavily on the lives of Iraqis as dust storms spread across the country. 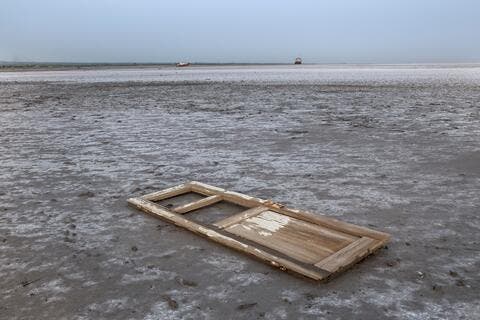 Heading to 50% More Droughts in the Middle East

People have been hospitalized, flights grounded and lives disrupted as the dust has settled in houses and businesses. Six of Iraq’s eighteen provinces have been affected recently, including Baghdad. On 5 May, satellite imagery from NASA showed an enormous area covered in the orange dust from Sulaymaniyah in the Kurdistan Region south to the border with Saudi Arabia.

The frequency of dust storms in Iraq has increased in recent years. Climate science shows that hotter and drier conditions and increased land use, which leaves looser topsoil, have made storms more frequent and severe. According to the World Bank, the mean May temperature in Iraq rose from 24 degrees celsius to over 30 degrees celsius between 1972 and 2007. A recent study shows that dust events have increased in Iraq since 1980, except between 1993 - 2001.

Dust storms take on planetary dimensions. While around 45 countries produce dust storms, 151 countries experience them. As is often the case with climate change, the effects are most keenly felt by the poor. Iraq is struggling in the wake of years of sanctions, invasion, occupation, and civil war. Iran is again facing the weight of U.S. sanctions after ex-President Donald Trump withdrew from the nuclear deal in 2018. The Russian invasion of Ukraine has stalled attempts to re-enter the agreement.

The dismantling of the Iraqi state after the 2003 U.S. invasion has left Iraqis with a political system incapable of responding even to short-term problems, never mind the forms of long-term planning needed to prevent and mitigate ecological crises. Whatsmore, Iraqis are disengaging from electoral politics. One estimate suggests turnout at the election in October 2021 was 35%.

Plans to mitigate dust storms need to be transnational. Banafsheh Keynoush has argued in an article for the Middle East Institute that “efforts can be bolstered by effective national and regional subsidy policies for early intervention against [sand and dust storms]. States, working domestically and across borders, must devise master plans to identify [sand and dust storm] trends, hotspots, sources and drivers, mitigate health, environmental and economic impact, and take preventative measures.”

The U.N. set up the Sand and Dust Storm Coalition in 2018. It is mandated to facilitate knowledge exchange, work on collaborations towards solutions and funding, increase dialogue between affected countries, and build capacities to mitigate harmful effects. But there is a risk that long-term negotiation will not be able to face the immediate harms that climate catastrophe is already bringing on countries like Iraq. 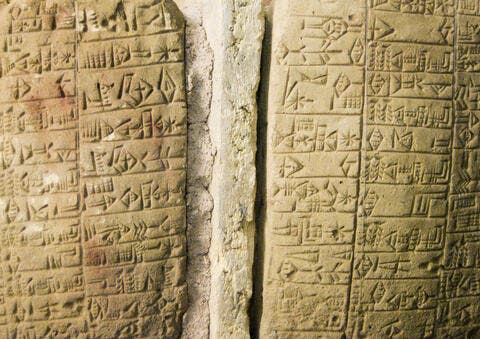 Dipesh Chakrabarty, in The Climate of History in a Planetary Age, argues that the schedules that organizations like the U.N. work within are not suited to tackling climate change: “Negotiations between nations at the level of the U.N. usually assume an open and indefinite calendar. For instance, we don’t know when there will be peace between the state of Israel and the Palestinian population or whether the people of Kashmir will ever live in an undivided land. Those are questions that belong to an open and indefinite calendar…”

“The climate problem and all talk of ‘dangerous’ climate change, on the other hand, confront us with finite calendars of urgent action. Yet powerful nations of the world have sought to deal with the problem with an apparatus that was meant for actions on indefinite calendars.”

Iraq is not the only country facing extreme conditions. Pakistan and India are currently suffering through a monstrous heatwave. Temperatures in parts of New Delhi reached 49.2 degrees celsius this week. Events like these show that the climate catastrophe is not a far-off disaster; it is causing immense suffering to millions of people and animals today. It requires governments and international organizations to treat the problem like what it is: an existential threat.