France has asked Israel to explain the conditions and reasons behind conducting the airstrike against the building in Gaza that housed media organizations, President Emmanuel Macron said on Monday. 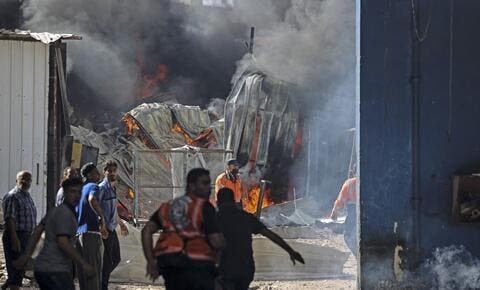 France has asked police officials in Paris to ban protests over the ongoing conflict in Israel and Palestine https://t.co/GRoLs2gpBz

“The safety of the journalists and those who work for freedom of speech and expression... their protection is indeed a very important responsibility,” Macron said at a news conference on the sidelines of the conference for Sudan in Paris on Monday.

“Our embassy is working on the issue [strike] and we are awaiting explanations from Netenyahu, we speak to him regularly, “he said.

Israel has claimed that the part- commercial and residential high-storied building was being used by Hamas militant group for an intelligence operation.

AP has demanded evidence from Israel on the Hamas claim and an independent investigation into the strike. Paris-based international media watchdog Reporters Without Borders has also asked: “the prosecutor of the International Criminal Court to determine whether the bombings constitute war crimes.”

In the last week, Israeli airstrikes have destroyed the offices of 23 local and international media outlets, RSF said in a statement.

Macron added that France was working on the mediation efforts with Egypt, and Jordan.

On Monday, he also held talks with Egyptian President Abdel Fattah al-Sisi who is in Paris for the Sudan conference. A statement from the Elysee on the Macron-Sisi meeting said they "shared a deep worry about the ongoing escalation of violence” and “it was necessary to end the hostilities”.

Both the countries are coordinating their efforts towards "a rapid ceasefire.”

“Ceasefire is really necessary to bring together different components and Palestinian parties and guarantee nonviolence,” Macron said at the press conference responding to the question.

“It is part of the process to put an end to the ceasefire as early as possible and that is our wish and to build a roadmap for discussions of the different stakeholders, “he added.

In the coming days, France will have planned discussions with Sisi and the king of Jordan to work out a concrete and common proposal to put an end to the hostilities.

In the last week, Macron said he held telephone meetings with Palestine President Mahmoud Abbas and Israeli Prime Minister Netanyahu as “it’s one of the elements to help restore the trust in a short time”. 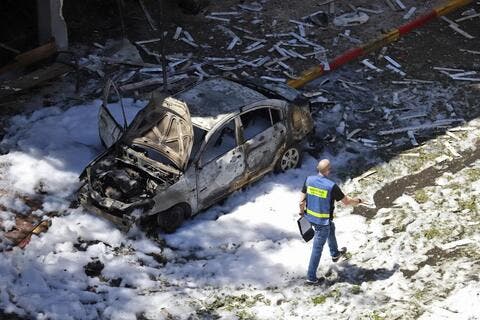 According to a statement issued by Foreign Ministry, the minister reaffirmed that Israel’s response to the "unacceptable attacks" by Hamas “must remain proportionate, following international law".

The spiral of violence in the Middle East must stop. I strongly call for a ceasefire and for dialogue. I call for calm and peace.