Amid fears of low voter turnout in this week's presidential election in Iran, politicians cutting across the political divide have issued calls for maximum participation. 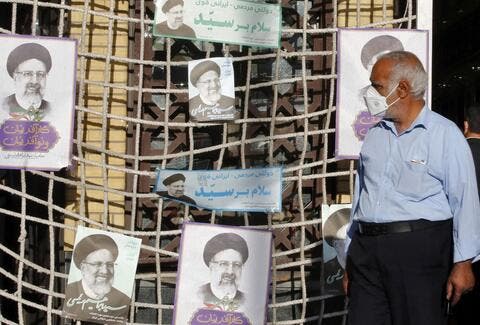 Iran goes to the polls on Friday to elect a new government, with conservatives holding an edge following the disqualification of key reformist figures by the country's top election supervisory body.

While some supporters of reformists are mulling a boycott of the upcoming vote, many others feel that it could hurt their chances and give conservatives a comfortable win.

As Israel gets a new prime minister, Iran goes to polls in 4 days. However, amidst calls on a rigged election, it is almost certain that ultraconservative Ebrahim Raisi will be replacing a moderate Hassan Rouhani. https://t.co/NMGLGmq0Rn

Conservatives, on the other hand, fear that a low turnout could raise questions over the legitimacy of the democratic exercise and create more discontent among the sanctions-battered people.

Many top political figures, both conservatives and reformists, have urged people to head to polling stations this Friday, despite opinion polls giving the former a clear edge.

Foreign Minister Javad Zarif, who had turned down calls to join the race as a reformist contender, on Monday encouraged Iranians to vote on Friday, saying he feels "ashamed" because of economic hardships "making people bitter.”

"A progressive nation misses no opportunity -- even seemingly small -- for reform and progress," the country's top diplomat said in a video statement, describing people as the "guarantors of freedom, security, pride and progress" in the country.

"The intelligent and widespread participation of people -- at home and abroad -- in determining their own destiny shapes national power, safeguards national interests globally, and is a key driver of constructive international interaction," Zarif added.

He said people's maximum participation in the June 18 election will not only hasten the lifting of sanctions and "break the edifice of economic war" against Iran but could also avert future sanctions.

He, however, steered clear of referring to the disqualification of his fellow reformists or responding to criticism of conservative candidates during the three presidential debates, unlike his boss, President Hassan Rouhani.

Rouhani, while calling for large participation of people in the upcoming election, has repeatedly raised the issue of disqualifications and has hit back at the presidential hopefuls for their acerbic attacks on his government's performance.

On Sunday, the outgoing president posted a video on Twitter, addressing the conservative presidential candidates with a catchy caption: "history will not forget."

Five out of seven candidates in the fray have held Rouhani's administration responsible for myriad economic woes facing the country, with two reformist candidates failing to put up a defense.

Iran's parliament speaker and a leading conservative figure, Mohammad Baqer Qalibaf, at a public event in Tehran on Monday also called for a large turnout for Friday's vote.

He called voting a "national and revolutionary duty" and part of the "struggle to build the future of Iran” while invoking the country's supreme leader, Ali Khamenei.

Khamenei said last week that all people should consider it their duty to "not only take part in the elections but also enjoin others to do so."

Another top cleric, Ayatollah Makarem Shirazi, also issued a statement Sunday, saying the country is at a "critical juncture" and the failure to cast votes would cause "serious and irreparable damage" to national interests.

In a handwritten note circulated on social media, Khatami egged on reformists to participate in Friday's vote despite the “cold and depressing atmosphere.”

Khatami, whose statements have been censored in state-run media after his protest of the 2009 election results, urged his support base to “properly fulfill their responsibility towards the homeland and people at this critical time.”

Opinion polls conducted in recent days, both official and unofficial, point to the likelihood of a low turnout in Friday's election while putting conservatives ahead of reformists.

Jamal Aref, a spokesman for the Interior Ministry, said Saturday that opinion polls are estimating between 37% and 47% turnout, although the ministry responsible for holding the election is seeking a more precise figure.

Turnout in the last Iranian presidential election held in 2017 was above 73%.

Iran's state-run television said Monday that voter turnout in provincial capitals is expected to be around 47%, with judiciary chief and top conservative candidate Ebrahim Raeisi enjoying 58.4% support among voters.

"The immediate outcome, and the subsequent performance of the new government, will reflect a desire to overcome 24 years of political volatility in Iran"https://t.co/OkkfCtP5gs

Another poll conducted by the reformist bloc after the third presidential debate on Saturday showed Raeisi garnering 47% of the votes, followed by reformist Abdolnaser Hemmati at a distant second with 18%.

Reformists in Iran have criticized the country's top vetting body the Guardian Council for rejecting key reformist figures, which Rouhani and other reformists had earlier warned could affect voter turnout. 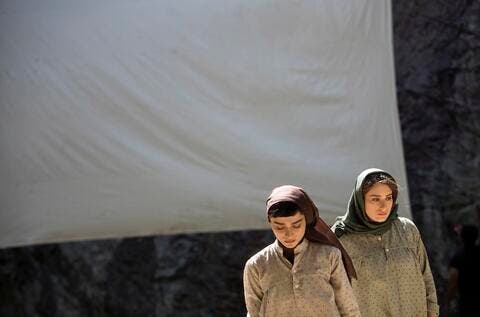 However, the economic difficulties due to rising inflation and low wages, which the government has blamed on US sanctions, has also created a sense of disillusionment among voters, especially the youth.

More than 59 million people are eligible to vote in Friday’s election, apart from around 3 million Iranians living abroad who will be casting their ballots at more than 230 polling booths set up in different countries, according to officials.