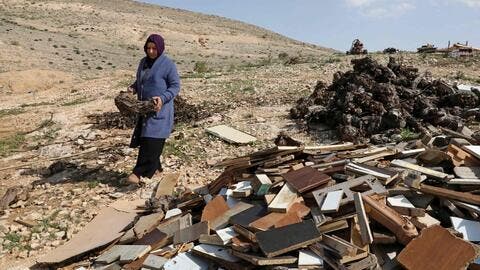 During a meeting with Ted Chaiban, UNICEF Regional Director for the Middle East and North Africa, in Ramallah on Monday, Shtayyeh demanded greater efforts by international organizations in order to prevent Israel’s crimes against Palestinian children and help stop the regime’s violations of international law and humanitarian principles.

He also stressed the need for the formation of an international front to end the Israeli occupation of Palestinian territories.

Another distortion: The aim of the @HRW report isn't to "delegitimize Israel" but to delegitimize its government's policies and practices of apartheid. The goal isn't for Israel to "falter and collapse" but for the Israeli government to end the apartheid. https://t.co/vY7yvI3Tif

The HRW said in a report on April 27 that Israel is committing “crimes against humanity of apartheid and persecution” against Palestinians, and called on the international community to reevaluate diplomatic relations with the regime.

“While much of the world treats Israel’s half-century occupation as a temporary situation that a decades-long ‘peace process’ will soon cure, the oppression of Palestinians there has reached a threshold and a permanence that meets the definitions of the crimes of apartheid and persecution,” Kenneth Roth, executive director of the leading human rights group, said at the time.

He added, “Those who strive for Israeli-Palestinian peace, whether a one or two-state solution or a confederation, should in the meantime recognize this reality for what it is and bring to bear the sorts of human rights tools needed to end it.”

The international movement of Boycott, Divestment, and Sanctions (BDS) also said last month that the Israeli regime’s treatment of Palestinians amounted to “apartheid.”

Israel occupied East Jerusalem al-Quds, the West Bank, and the Gaza Strip during the Six Day War in 1967. It later had to withdraw from Gaza but has been occupying the other territories since.

Separately, Palestine called on Chief Prosecutor for the International Criminal Court (ICC) Fatou Bensouda to stand against the Israeli regime’s actions against a group of Palestinians facing imminent eviction from their homes in the occupied East Jerusalem al-Quds neighborhood of Sheikh Jarrah.

Palestinian Minister of Foreign Affairs and Expatriates, Riyad al-Maliki, in a letter addressed to Bensouda, urged The Hague-based tribunal to adopt a clear and public position against crimes perpetrated by the Tel Aviv regime against the Palestinian residents of the area, who say Israeli authorities intend to force them out and replace the district entirely with an illegal settlement.

The top Palestinian diplomat also condemned the latest decision of the so-called Israeli Supreme Council on Sheikh Jarrah neighborhood as “unacceptable and inadmissible,” stating that the move completely contradicts international law, particularly as it gives settlers the right to make false claims based on forged papers.

Maliki underlined that the measure constitutes a flagrant violation and reflects the extent of the court’s involvement in legitimizing and covering up the crimes of Israeli officials and settlers in their theft of Palestinian lands and conspiracies against Palestinian people, particularly in the occupied city of Jerusalem al-Quds.

The event will be held Tuesday, May 4 at 19:00 London time, and will be available live on @Pal_Ac1's YouTube channel:
https://t.co/mnlHAZ2DMy pic.twitter.com/hDgW6CeAEJ

The Israeli Supreme Court on Sunday gave four Palestinian families from Jerusalem’s Sheikh Jarrah neighborhood until Thursday to reach a deal with Israeli settlers regarding the ownership of their homes. 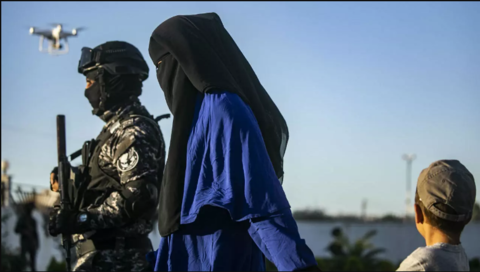 The deal proposed by the court requires the Palestinian families to pay the settlers to rent their homes until the current owners pass away and then assign the properties to the settlers, not to their heirs.

The Palestinian families have refused the proposal, considering it a recognition of the claimed demands of the settlers.