ALBAWABA - Iranian forces have reportedly arrested two actresses after they both separately appeared in public without their hijabs to show support for anti-government protests. 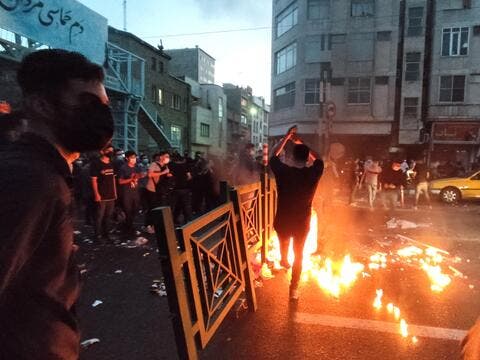 Actress Katayoun Riahi, who won Hafez Awards three times, was arrested yesterday after taking off her hijab in the middle of an interview with Iran International and announcing her support to the Iranian protesters in face of the regime.

Today security forces arrested prominent Iranian actress #KatayounRiahi. She was among the first influential figures to take off her scarf in an interview with @IranIntl, support the protests in Iran, & harshly criticize the regime. #MahsaAmini #مهسا_امینی #IranRevoIution2022 pic.twitter.com/gzAPyj9Ktn

Hengameh Ghaziani, a well-known Iranian actress was also arrested after sharing a video on Instagram of herself without a hijab in a street in Iran. Ghaziani posted the video and wrote: "I will be with the people of #Iran until my last breath."

On Oct. 28, the actress shared a video with photos of some protesters who lost their lives while demonstrating against the Islamic Republic.

Two prominent Iranian actresses have been arrested for supporting anti-regime protests by appearing in public without their headscarves - a gesture of solidarity with demonstrators.https://t.co/UnOeadaMCE 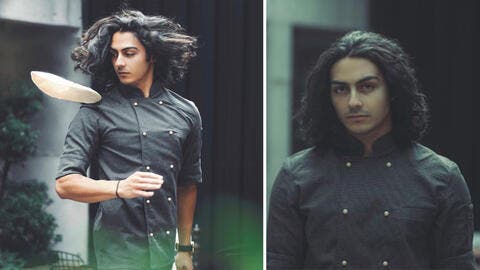 Protests in Iran erupted after the death of Mahsa Amini, 22, in the custody of the country's morality police during her arrest for wearing an 'improper hijab.' Mahsa Amini was arrested on Sept. 13 and died after three days.

Mahsa Amini's death triggered a wide range of protests inside and outside Iran where women's rights groups have widely denounced strict rules imposed by the Iranian authorities against women calling for more freedom.

Women were seen burning their hijabs and cutting their hair to show support against Iran's compulsory hijab rule.