Published April 12th, 2021 - 06:30 GMT
The NTF phenomenon may be a flash in the pan but it’s certainly worth inspecting. (Shutterstock)
Highlights
Let's get up to speed on the latest news of the crypto market.

Each and every new week comes with hopes and stories on the adoption of the wild world of crypto and the creative technology behind it; Blockchain… And with seeing the first major crypto firm getting listed on a major stock exchange, Coinbase, whose going public on April 14, the good news will just keep coming as this will even attract greater mainstream interest into crypto... Isn't that awesome!

On another note, it looks like central banks are racing each other to release CBDCs 😏If we turn to the broader context, this greater attention to crypto regulation would definitely support further investments in crypto infrastructure. This of course will put institutional investors’ minds more at ease as removing all legal barriers will motivate them more in dealing with crypto as a different class of assets. The question remains though: Will we be seeing this kind of adoption by the end of 2021? I certainly hope so! 🙏

While the NFT hype continues and hits the fashion and wrestling worlds as everyone wants a piece of the new trend! The NTF phenomenon may be a flash in the pan but it’s certainly worth inspecting.

Ready? Let's talk crypto, NFTs, and charts 📈, shall we?

The total value of cryptocurrencies doubled in 2 months and reached beyond $2 trillion for the first time ever.

The crypto market is on the lead compared to legacy markets as it surpassed the market capitalizations of Apple, Amazon, and Microsoft. 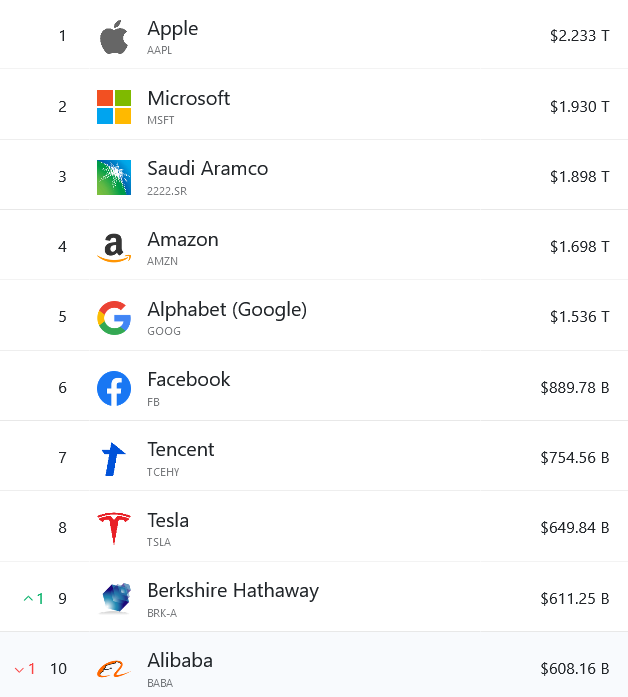 According to analysts, this latest rally is not driven by bitcoin but by the second-largest digital coin by market cap, Ether (trading at all-time high of $2,148 at press time soaring almost 5%), as well as binance coin (BNB) trading at $564 and surging 63.48%  in 7 days. Both coins rally was pushed by new interest in decentralized finance (DeFi) 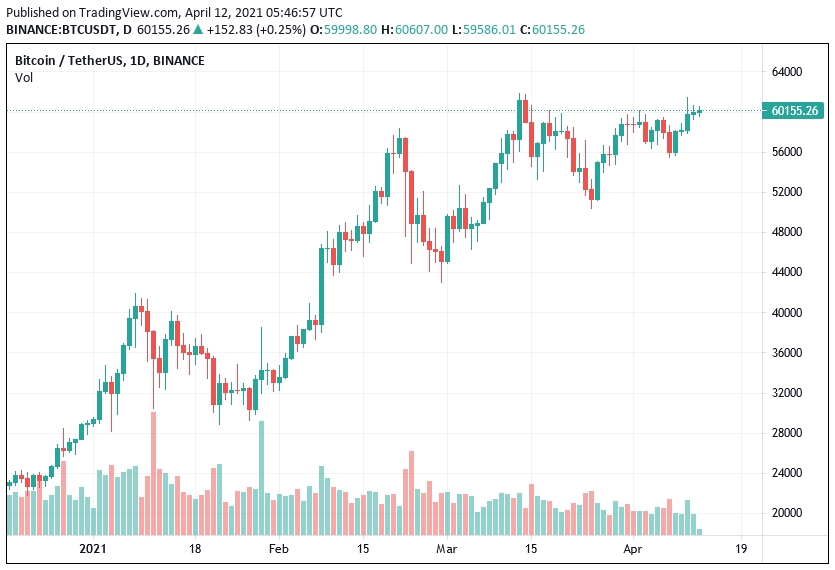 The business magazine, Forbes, released its 35th annual list of the World's Billionaires. Here are the mega-rich crypto entrepreneurs profiled by Forbes:

Check out the rest here.

Professional wrestling company WWE is rolling out its first NFT showcasing iconic moments from The Undertaker’s legendary WWE career, along with never-before-sold memorabilia and experiences in time for WrestleMania.

The first @undertaker Bronze NFTs are live just in time for the start of #WrestleMania Night 1! The window is only open for 15 minutes, so go to https://t.co/6vCaEYoL9I now! pic.twitter.com/DZV7iX9fUx

According to the announcement, The one-of-a-kind Undertaker NFTs will be offered in four tiers — Platinum, Gold, Silver, and Bronze beginning Saturday. Also, WWE NFTs will be presented in conjunction with Bitski and will be available for purchase at WWE.com/NFT.

Recently, Gucci confirmed to Vogue Business that they are close to launching their first-ever NFT saying it’s “only a matter of time”.  Also, Vogue Business has reported that multiple luxury fashion brands are close to releasing NTFs citing a number of industry sources.

The central bank of Japan announced the beginning of CBDC experimenting to ‘test the technical feasibility of the core functions and features required for CBDC’.

During this phase 1, which is scheduled to start this month, the Bank plans to ‘develop a test environment for the CBDC system and conduct experiments on the basic functions that are core to CBDC as a payment instrument such as issuance, distribution, and redemption’.

Albawaba reported earlier that the Central Bank of Japan is considering the inclusion of a CBDC in the country’s financial plans. The Japanese news outlet, Nikkei,  also reported that Japan is mulling cooperation with other countries in preparation for the new Digital Yen plans.

According to the Block, Russian central bank officials revealed important details about the country’s plans to roll out a CBDC during a virtual press conference. The first test phase is planned for 2022 and is set to include transactions with local banks, eyeing official release on 2023.

This move is not surprising as Russia is moving quickly towards the adoption of Blockchain and cryptocurrencies as of last year, in a sudden change of heart, Russia decided not to criminalize crypto usage, or at least not just yet. According to Cointelegraph, The country has drafted a new version of the bill named “On Digital Financial Assets” as The State Duma proposition this time didn’t introduce any punishments or fines on facilitating crypto usage.

Looks like Moscow is trying to escape US sanctions by adopting cryptocurrencies.

Tesla Offers Bitcoin As Payment Option, NFT Mania Might be Getting out of Hand