Top Turkish Series For You to Watch in 2022

Albawaba has prepared a list just for Turkish drama lovers! 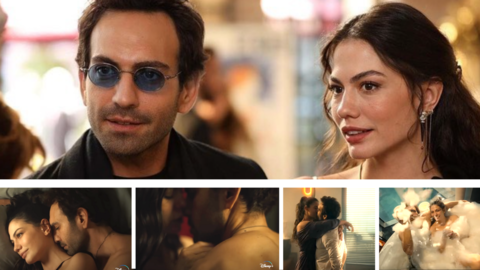 Turkish series have been widely successful all over the Middle East and Turkey, and Turkish stars are always breaking the internet with their latest updates, whether it's their personal life, career-wise, or just random gossip.

And now, Albawaba entertainment want to help you find just the series  for you to watch in 2022.

1.  Dünya ile Benim Aramda (Between Me And The World)

This Turkish series tells the story of a couple, Demet Özdemir (İlkin) and  Buğra Gülsoy (Tolga) who fall in love, and four years later, İlkin begins to feel that Tolga is being distant and not putting an effort in the relationship.

Soon after, İlkin decides to open up about her problems with Tolga to her friend at work. which leads to İlkin catfishing her boyfriend.

It is worth mentioning that Dünya ile Benim Aramda has caused a huge controversy both in the Middle East and in Turkey as it contains nudity and sex scenes between Demet and Buğra.

This series portrays the story of Lale Kiran, played by Birce Akalay, her character is a famous talk show host living in Istanbul, Lale is a mom of two and married to Selim Kiran which is played by Burak Yamantürk.

All is going well in both her career life and her personal life, until one day, a woman named Asli Tuna approaches Lale Kiran and expressed her admiration for the talk show host, which leads to Asli being extra obsessive, so Lale asks her not to follow her around and gives her the advice on working on herself more.

A Turkish Netflix production starring Hazal Kaya, who plays the role of a journalist called Esra.

Esra wanted to investigate a hotel on its 100th anniversary, and stays in a room English writer Agatha Christie stayed in.

During Esra's journey to unravel the past, she goes through a time travel experience.

4. Zeytin Ağacı (Another Self)

Tuba Büyüküstün's Zeytin Ağacı is a Turkish drama series about three best friends who set out on a healing journey to unearth the past to restore the present. After the relapse of cancer in her liver, Sevgi decided to travel to Ayvalik. She heard of a healer who could cure her sickness, and she wanted to give it a try.

When successful prosecutor Firat Bulut (played by Onur Tuna), is accused of murdering his family, and he plans to escape from prison to reveal the truth, nevertheless, Firat does not remember anything from the past during his trial. 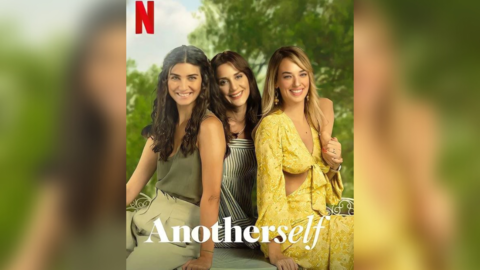 Viral: World Leaders Gather in London For Their Final Respects